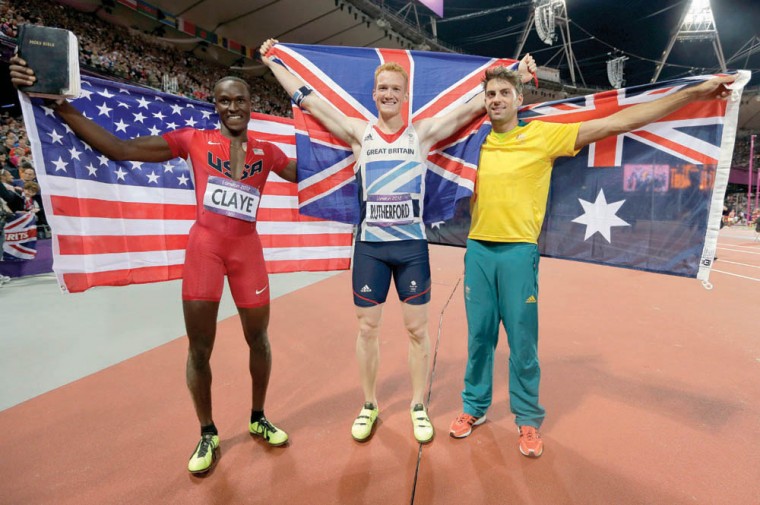 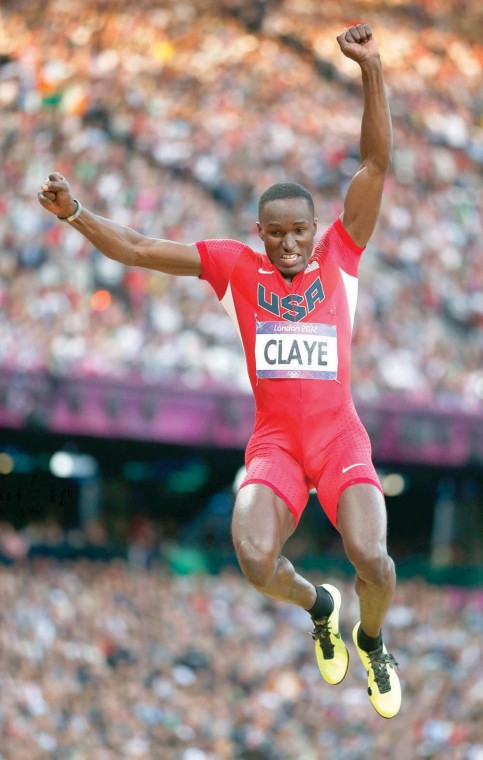 United States' Will Claye during the athletics in the Olympic Stadium at the 2012 Summer Olympics, London, Saturday, Aug. 4, 2012. (AP Photo/Matt Dunham) 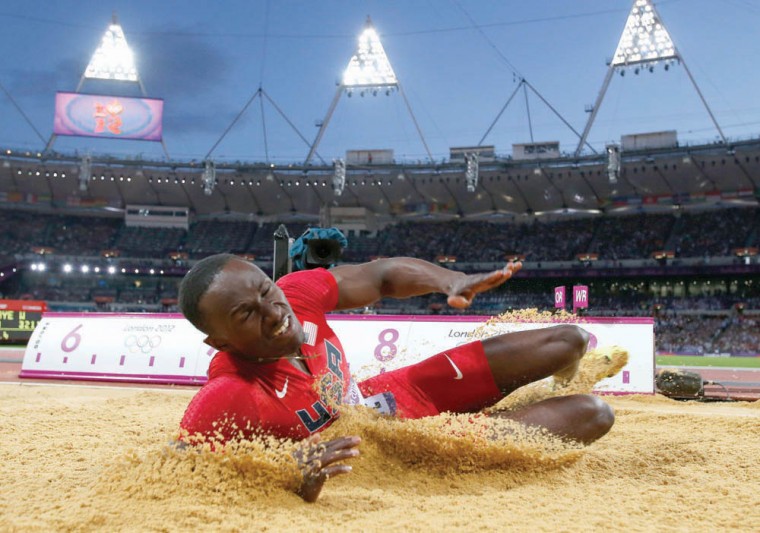 United States' Will Claye competes in the men's long jump final during the athletics in the Olympic Stadium at the 2012 Summer Olympics, London, Saturday, Aug. 4, 2012. (AP Photo/Matt Dunham)

United States' Will Claye during the athletics in the Olympic Stadium at the 2012 Summer Olympics, London, Saturday, Aug. 4, 2012. (AP Photo/Matt Dunham)

United States' Will Claye competes in the men's long jump final during the athletics in the Olympic Stadium at the 2012 Summer Olympics, London, Saturday, Aug. 4, 2012. (AP Photo/Matt Dunham)

The image of Will Claye, with the American flag draped around his shoulders and the Bible in his right hand, was unforgettable.

Now is it repeatable?

Claye, 21, celebrated, surely, but had to quicklly switch his attention to the triple jump with the preliminaries on Tuesday. He qualified for Thursday's  final with a effort of just over 55 feet.

"God is good! Thanks for all the support from all my fam n friends n followers!!! On to the next one!! Leggo!" Claye said on Twitter hours after standing on the podium in London.

The Mountain Pointe community celebrated with posts all over the social media websites over the weekend.

Mountain Pointe jumps coach Larry Todd said he and his wife, Kimberly, watched Claye's performance in the long jump live in front of the computer and "we almost felt like we were in the stands as loud and crazy as we were."

"It was a very proud moment," Todd said. "The fact that we are close, like he is part of the family, and to see a family member accomplish something they have wanted for quite awhile was unbelievable."

The triple jump, an event he won the gold medal in at the 2012 IAAF World Indoor Championships in Istanbul, is considered Claye's top event.

Todd said his former pupil will be ready to bring home that second medal.

"He can definitely handle it," Todd said. "Having his stronger event second is ideal. His challenge was going to be the long jump and he got his medal. It is a matter of focus and switching gears a little bit."

As well as he hopes to do in the triple, he was relishing the results of the long jump over the weekend.

"I did it, I got a medal in the long jump, nobody thought I would," Claye told reporters in London. "I thank them for that because that really motivated me. Now I have even more motivation. I've been on the runway. I know what I can do out there. I'm going to go out and give it my all."

Sitting second after the first three jumps, Claye was briefly pushed out of the top three when Sweden's Michel Torneus moved ahead of Claye in the fourth round.

"It was a good day out there," Claye said. "I wish I would have jumped a little further, but I'm pleased with it. A lot of 21 year olds aren't doing this in the Olympics."

Todd said Claye, whose track career began with the Arizona Cheetahs, showed signs early on that there might be something special to unearth.

"First time I met him was at a (Mountain Pointe) practice and we were doing a simple bounding drill to see what kind of athletic and coordination everyone had," Todd said. "He picked up everything right away and had some spring. I pulled him aside and said, 'You are staying with me because you are going to be pretty good with this,' and he said, 'You think so?'"

Now the whole world understands what Todd saw long ago and they hope to bring the love back to Mountain Pointe.

There are initial plans for Claye, and his personal coach Jeremy Fischer, to put on a clinic at Mountain Pointe in January.

"We haven't figured out the specifics yet, but he should have a break in his schedule right around then," Todd said. "It's an opportunity for him to come back to his roots and share everything he has learned on his journey."

Mountain Pointe graduate Will Claye continued his good run in the 2012 London Olympics on Thursday.

Stand-up comedian Steve Byrne is in Phoenix this weekend for the “Sullivan and Son Comedy Tour,” promoting his new TBS sitcom.

Wear it proud: The flag as a fashion statement

London • There was no mystery as to which team Varun Pemmaraju was supporting: His American flag was tied around his neck, the Stars and Strip…

MP’s Claye does it all in London, including rare feat

Meeting family for the time, celebrating your grandmother’s birthday in the country where your mother spent a good portion of her life, and pa…