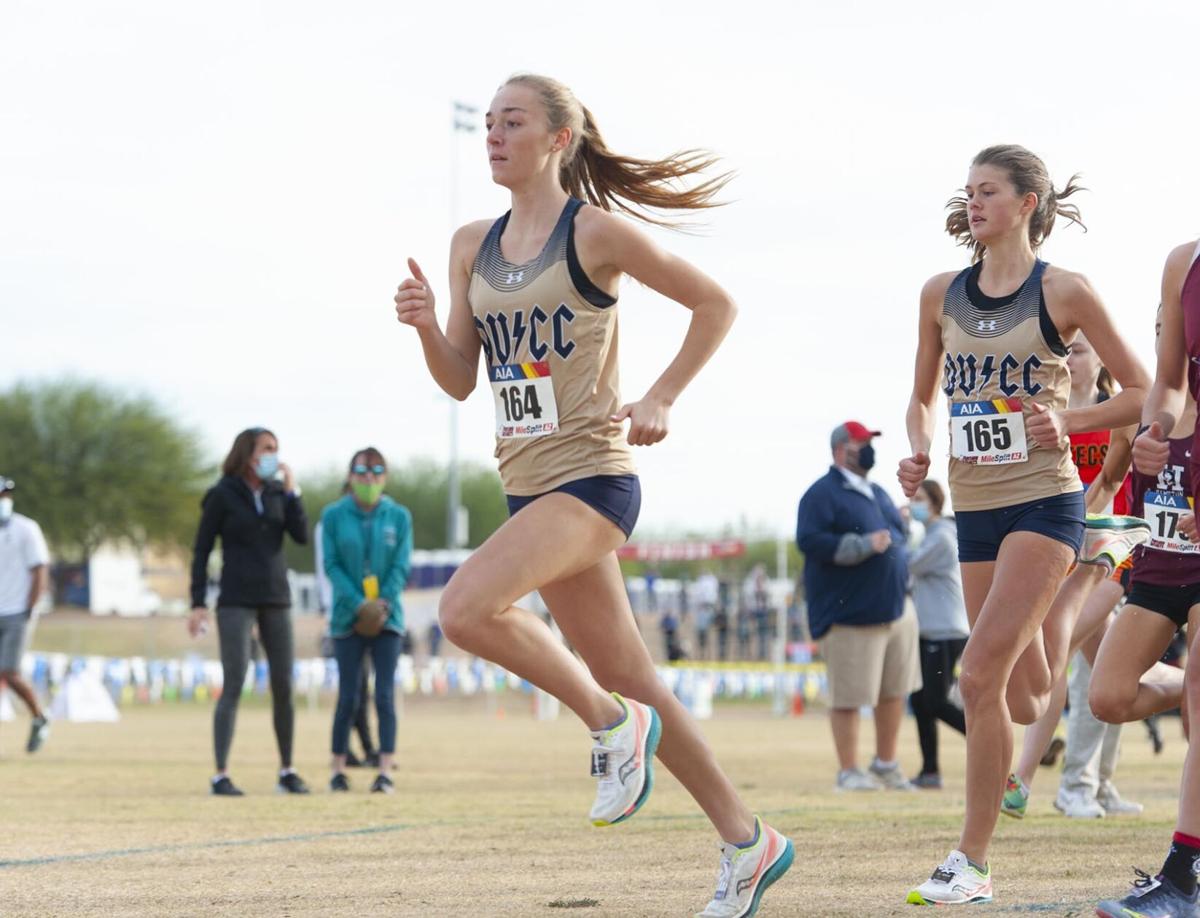 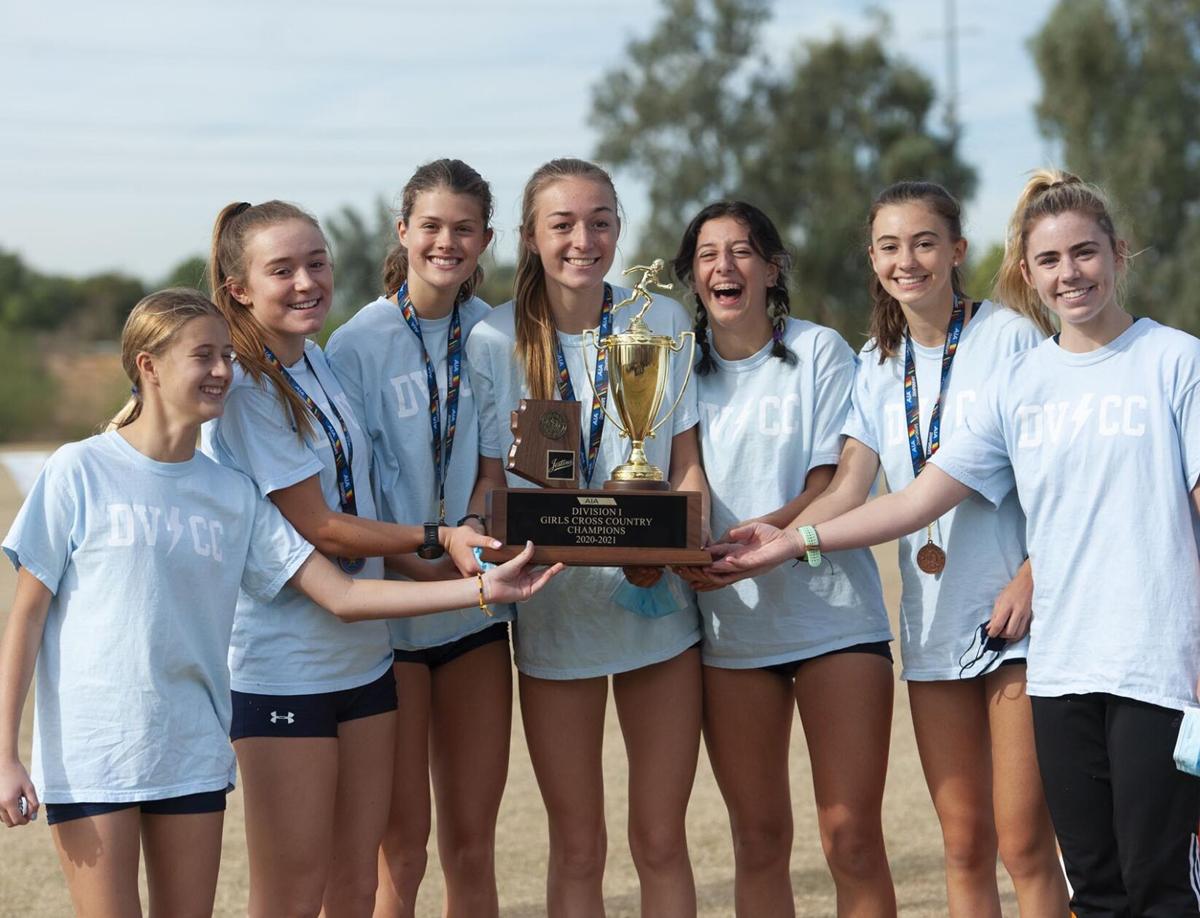 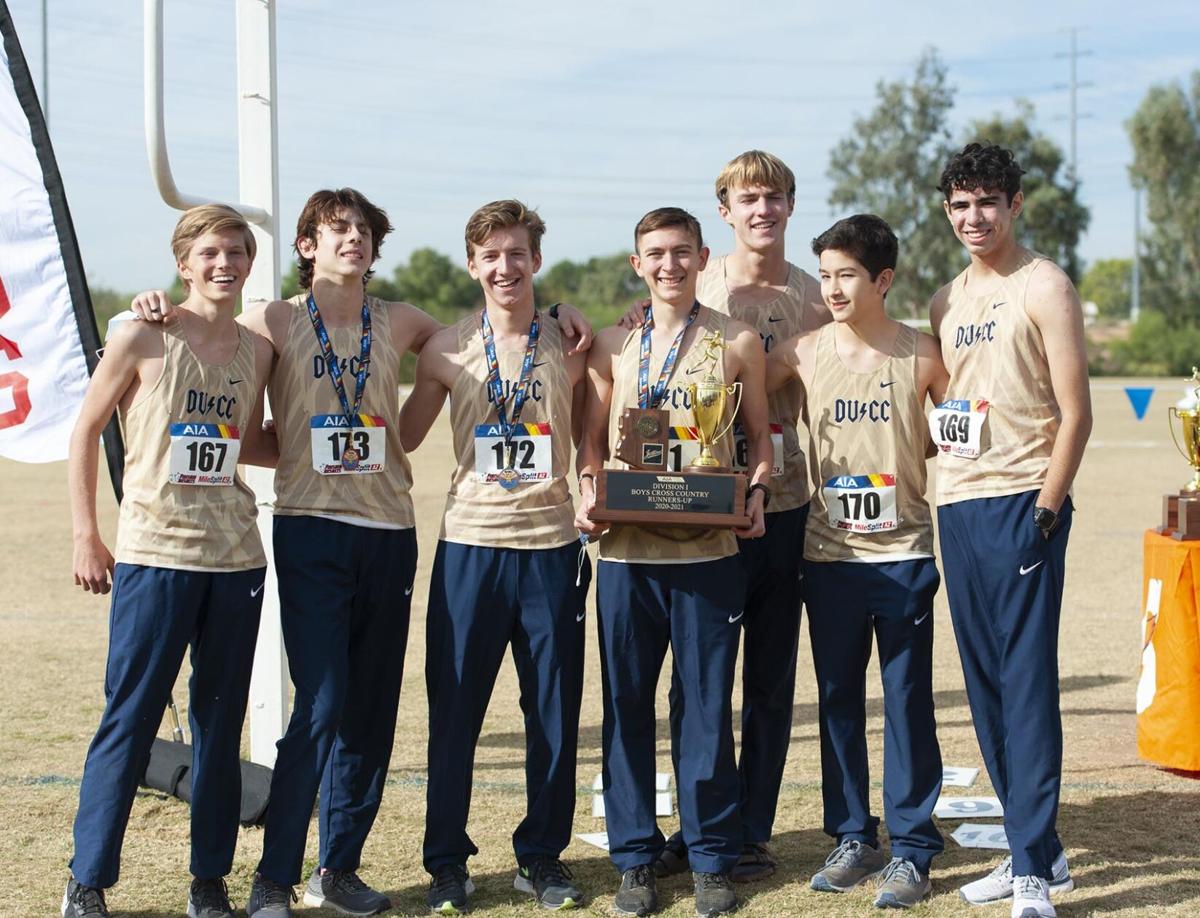 Desert Vista’s cross country program has long been established as one of the most dominant programs in the state, finishing near the top of the leaderboard on a consistent basis.

Despite a 2020 season that was seemingly always in doubt due to the ongoing coronavirus pandemic, the Thunder once again proved themselves at the state-championship meet.

“I’m just happy that we were able to get this far,” Desert Vista girls coach Megan Ping said. “We always took it as this could be our last race. These girls all push each other and have fun together. So even if the meets did get canceled, we still were able to have fun.”

Desert Vista’s girls entered the state meet as the favorite to repeat as champions, as the Thunder returned nearly all of their top runners from last season’s state-championship team. Along with Lauren, junior Katie Sigerud led the pack and finished second overall. Both girls beat their sectional times – which was also held at Crossroads Park in Gilbert – by as many as 11 seconds or more.

Grace Ping, a senior and Lauren’s older sister, placed sixth overall. Her ability to compete in the race is an accomplishment in itself, as she battled through injuries all season. Sophomores Emily Littlefield finished 11th overall for Desert Vista and Bailee Christofis 27th.

Olivia Thatcher, a senior, finished 29th to round out the scoring positions for the Thunder.

“Highland was really close to us, so I was kind of nervous waiting for the results,” Lauren said. “I’m just so happy that we won and I’m so grateful for everything. We put in the hard work and it paid off.”

Much like the girls, Desert Vista’s boys entered the state meet among the favorites to challenge a loaded Brophy team for the title. Jodon led the way for the Thunder with his 15-minute, 37.8 second run, while senior Wyatt Hanson finished sixth about 20 seconds later. Junior Gabe Parham finished eighth, while sophomore Tyler Anderson and juniors Nolan Billeter and Johnathan Estrada placed 29th, 34th and 36th, respectively.

The boys finished 10 points behind first-place Brophy, which was led by a strong performance from senior Xander Black. Behind Desert Vista was Highland, which virtually rebuilt its roster after the departure of several key pieces to last year’s championship team, including Leo Daschbach.

The 2020 season was unlike any other in the past for Desert Vista and the rest of the field. Several key meets, including high-profile ones held out of state, were canceled due to the pandemic. Additionally, teams competed in less event than they would in a normal season.

At any point, Desert Vista’s team could have been shut down. Whether it be from a positive case within the program or runners forced into quarantine due to contact tracing.

Sigerud and the rest of the team took that to heart as they pushed themselves to compete at a high level with no guarantee of doing the same the next day. It was that mindset that helped them capture the title.

“We definitely wanted to be state champs again,” Sigerud said. “We worked together as a team and motivated each other. We all wanted to get faster than sections and one of my personal goals was to PR at state, so I’m happy with that.”

The end of a season where teams are constantly walking on eggshells was a welcoming sight to many, including Megan in her first year. She was thankful to share this season with both of her daughters from a mother’s perspective but remained proud of the way all of Desert Vista’s runners competed.

And with the likes of Lauren and Sigerud returning next season, the Thunder will likely once again be in position to compete for a title.

“I’m always proud of them no matter where they place,” Megan said of Lauren and Grace. “They’re always doing their hardest and set an example for everyone. It feels amazing.”