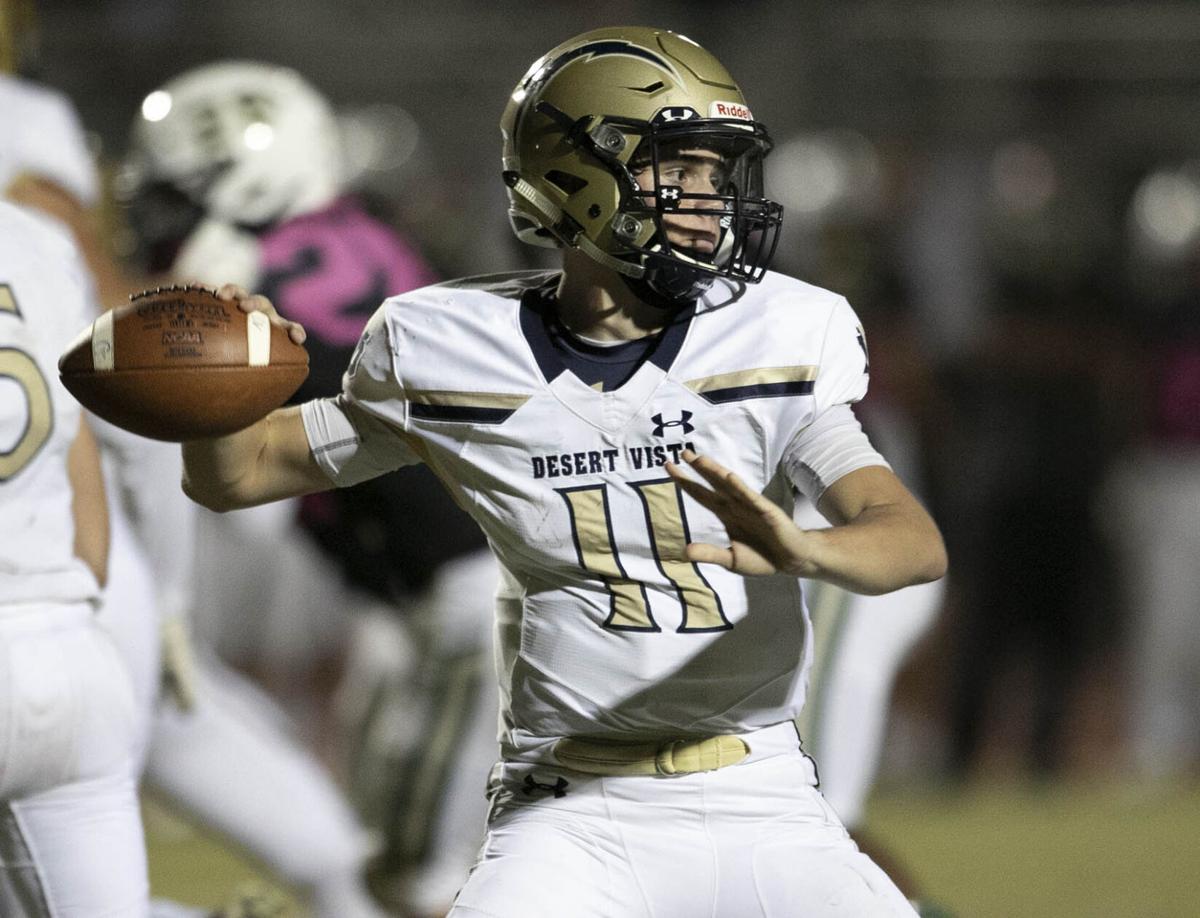 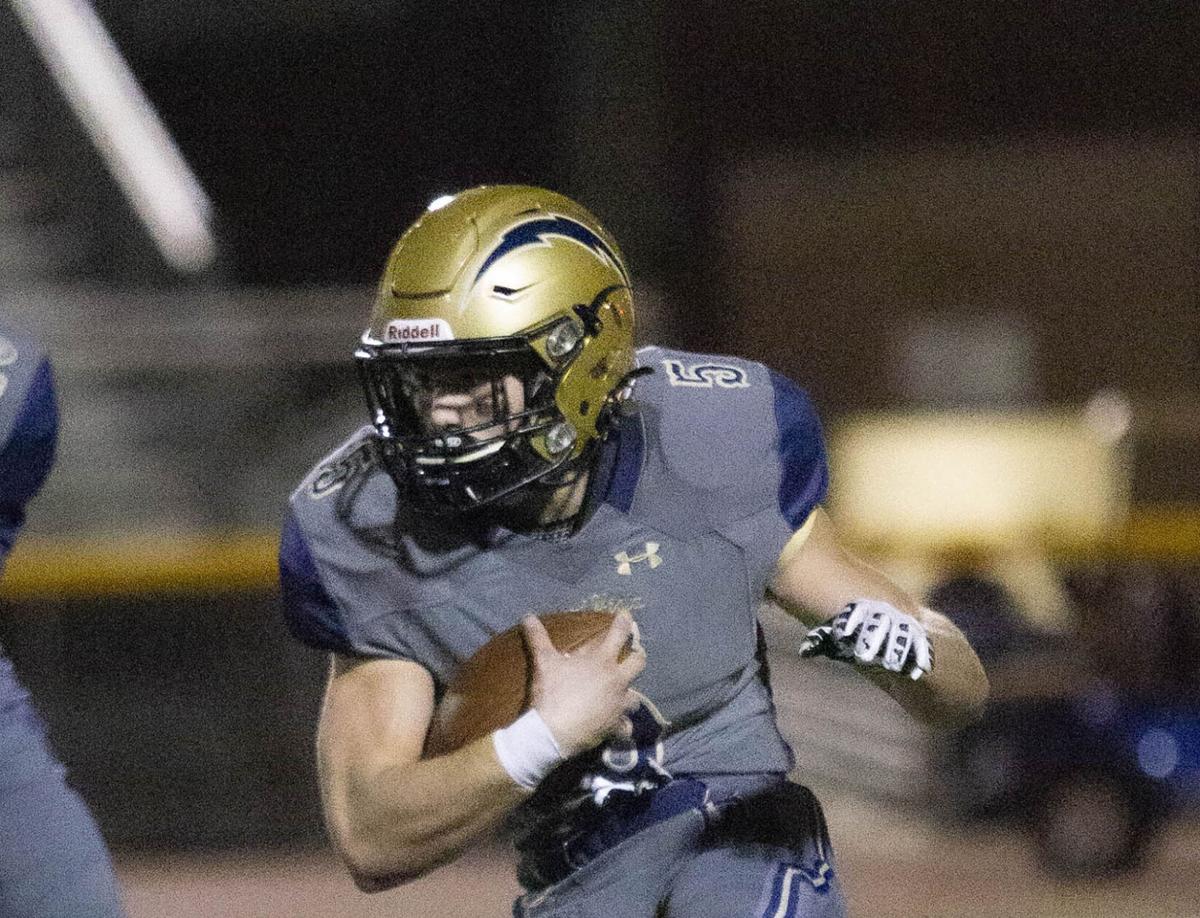 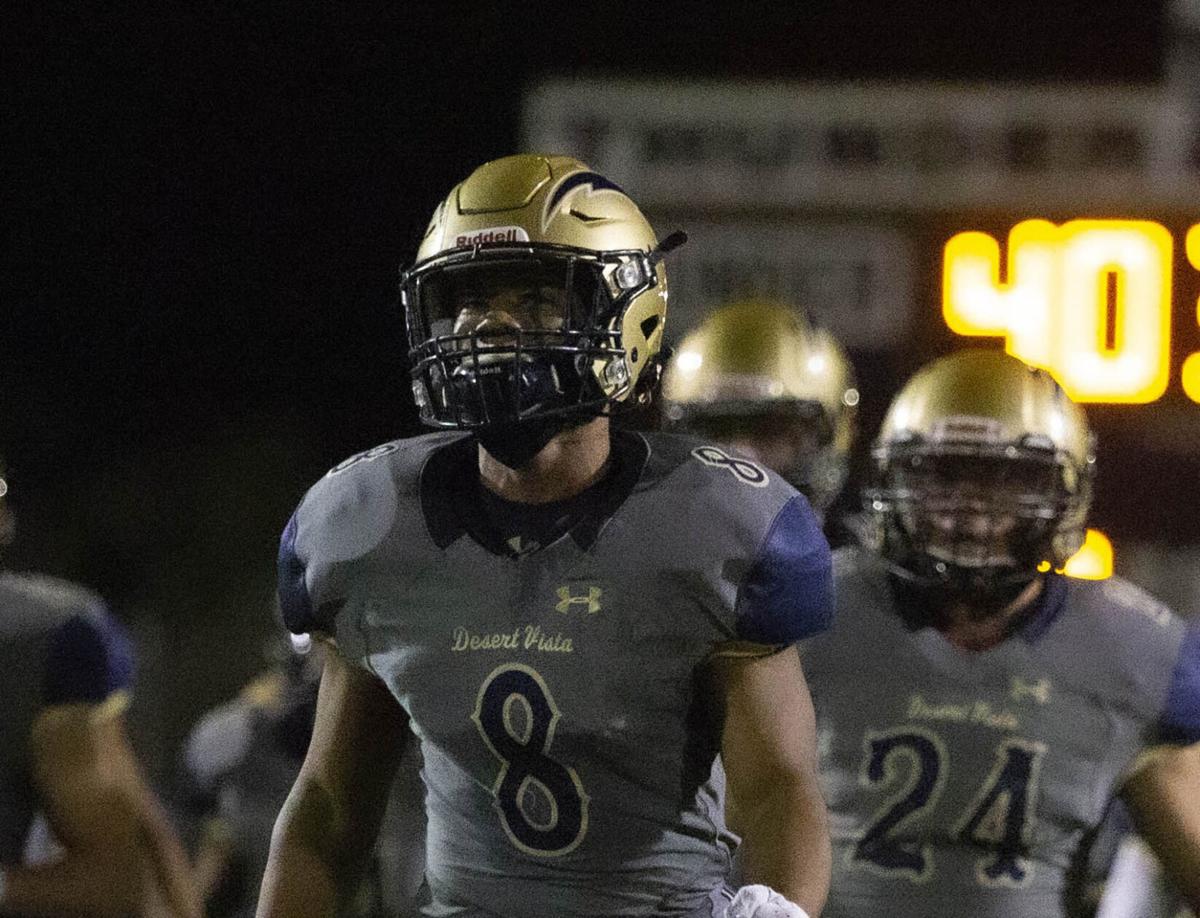 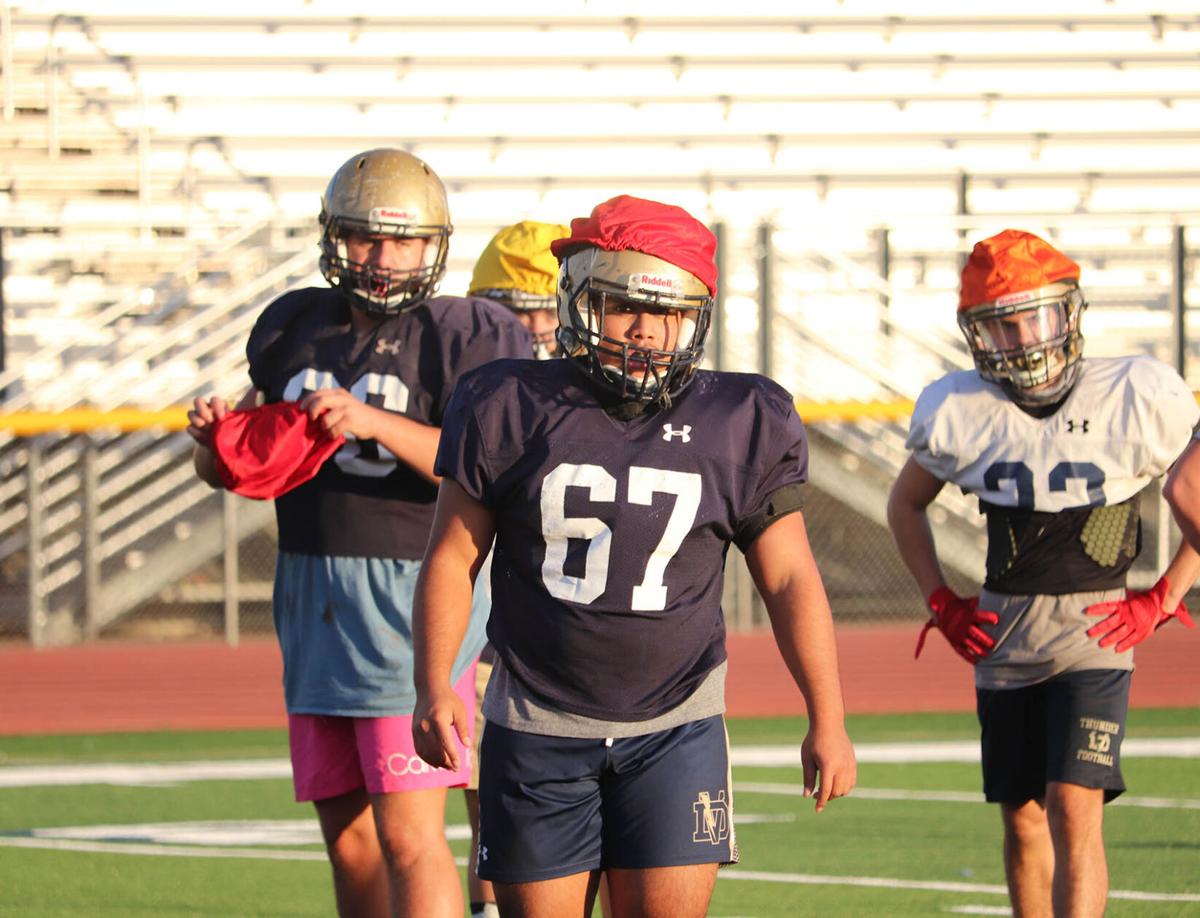 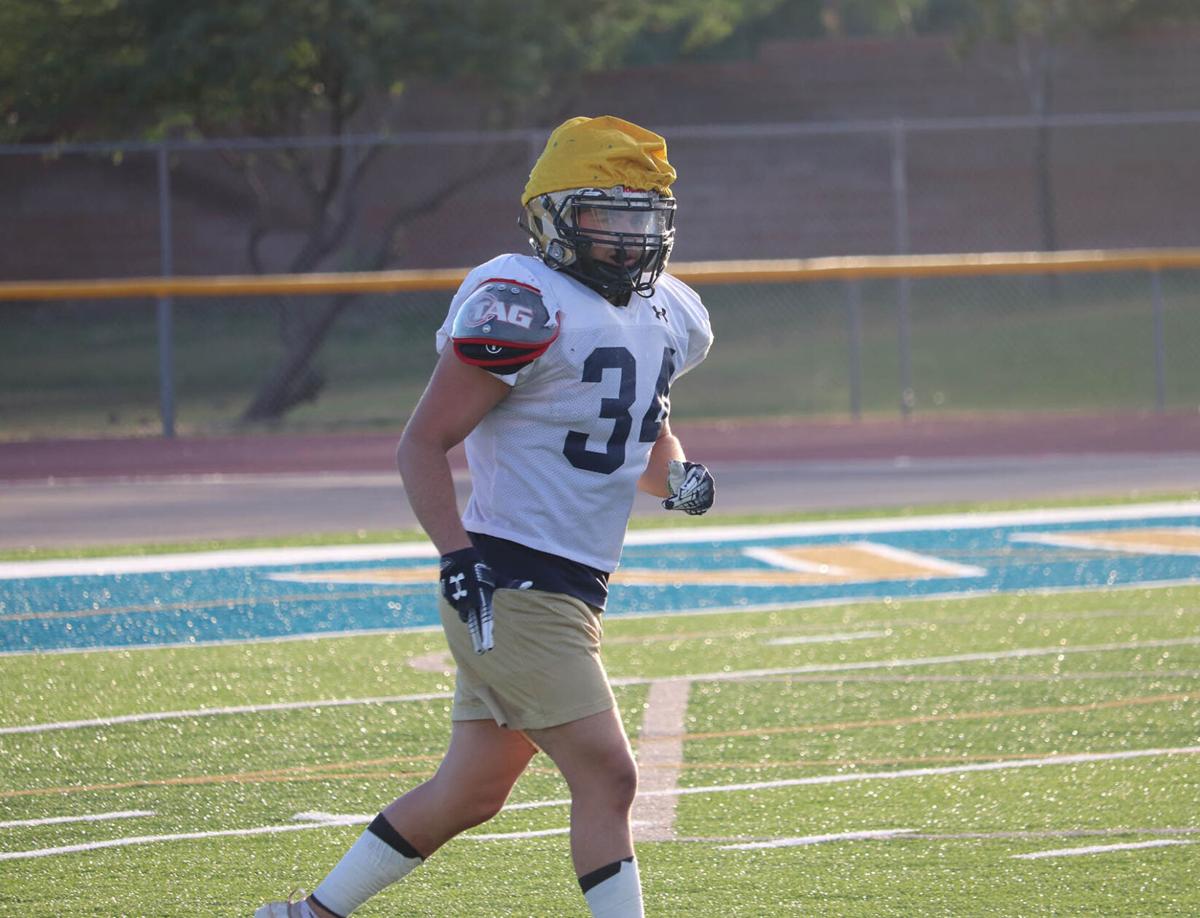 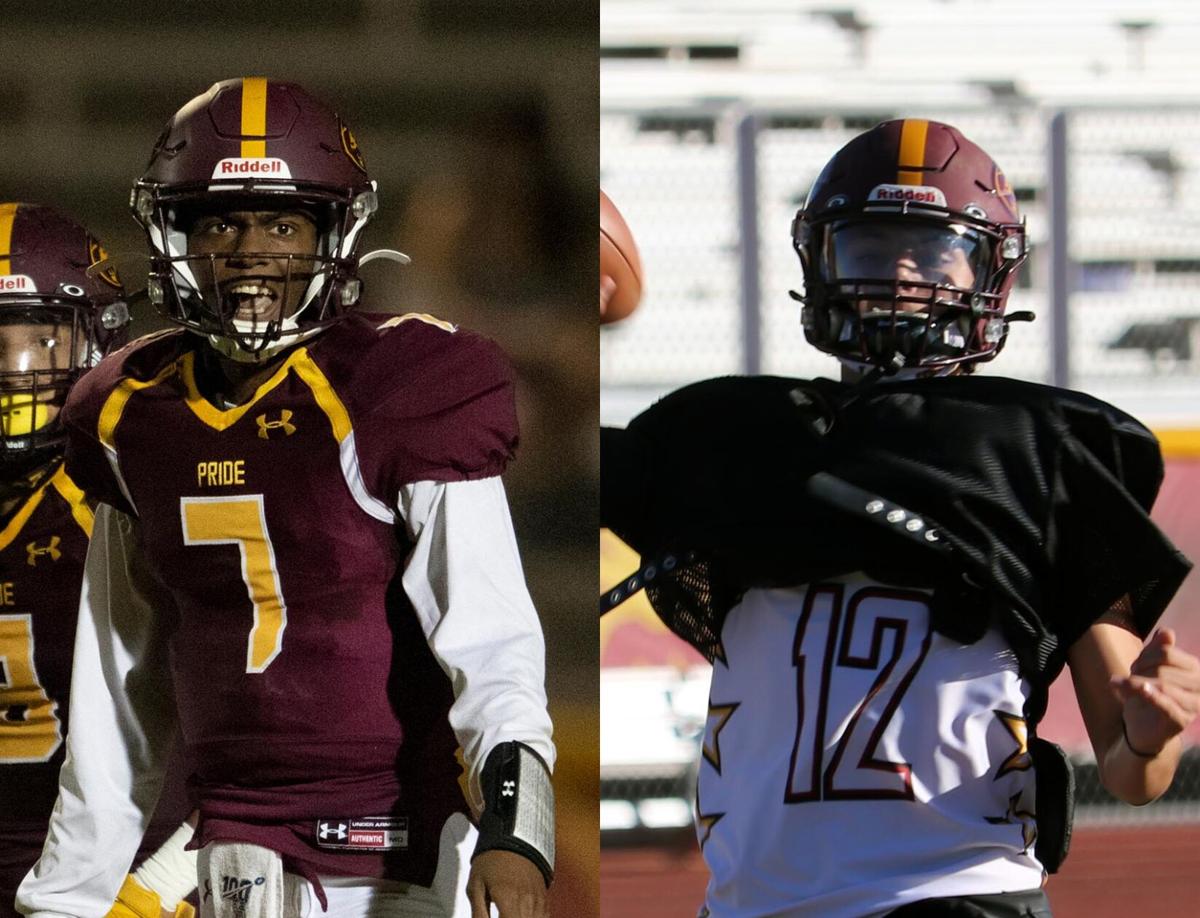 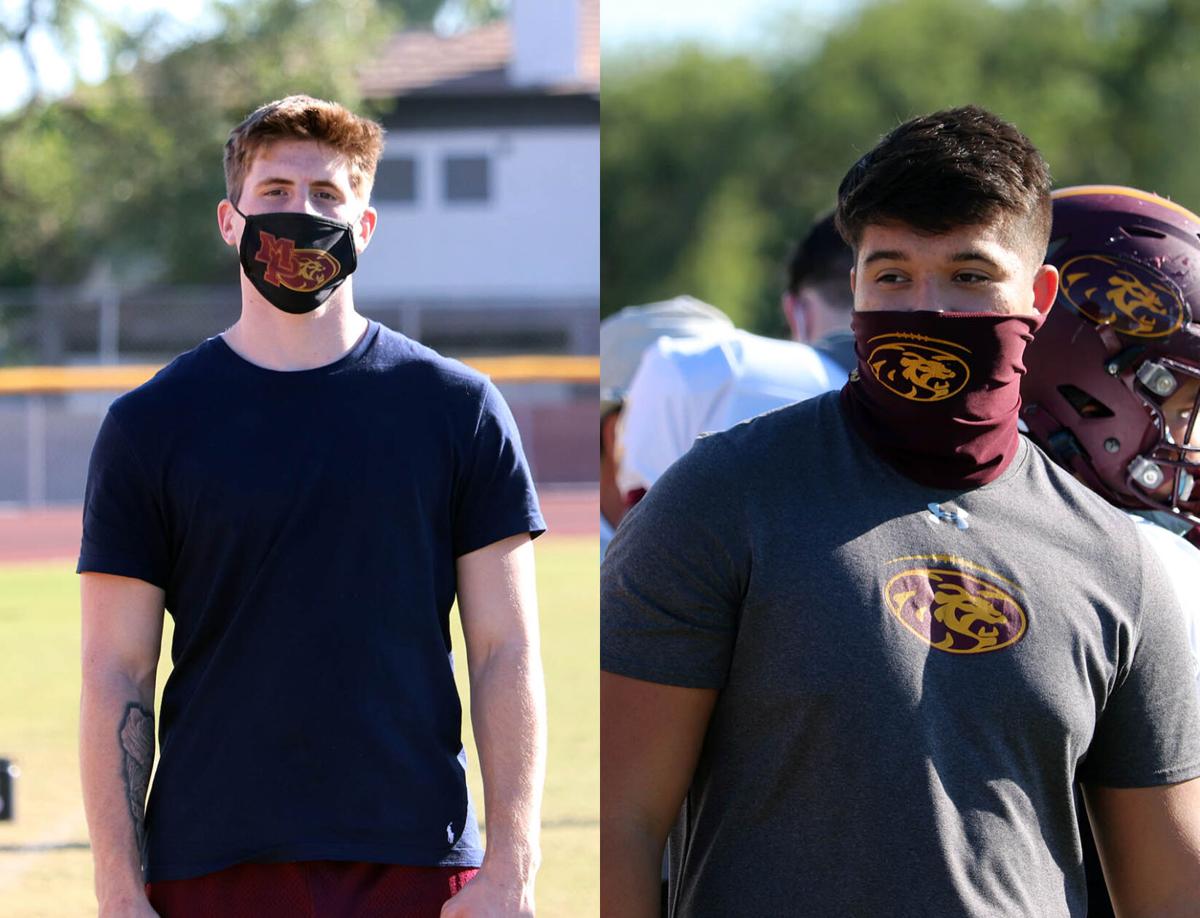 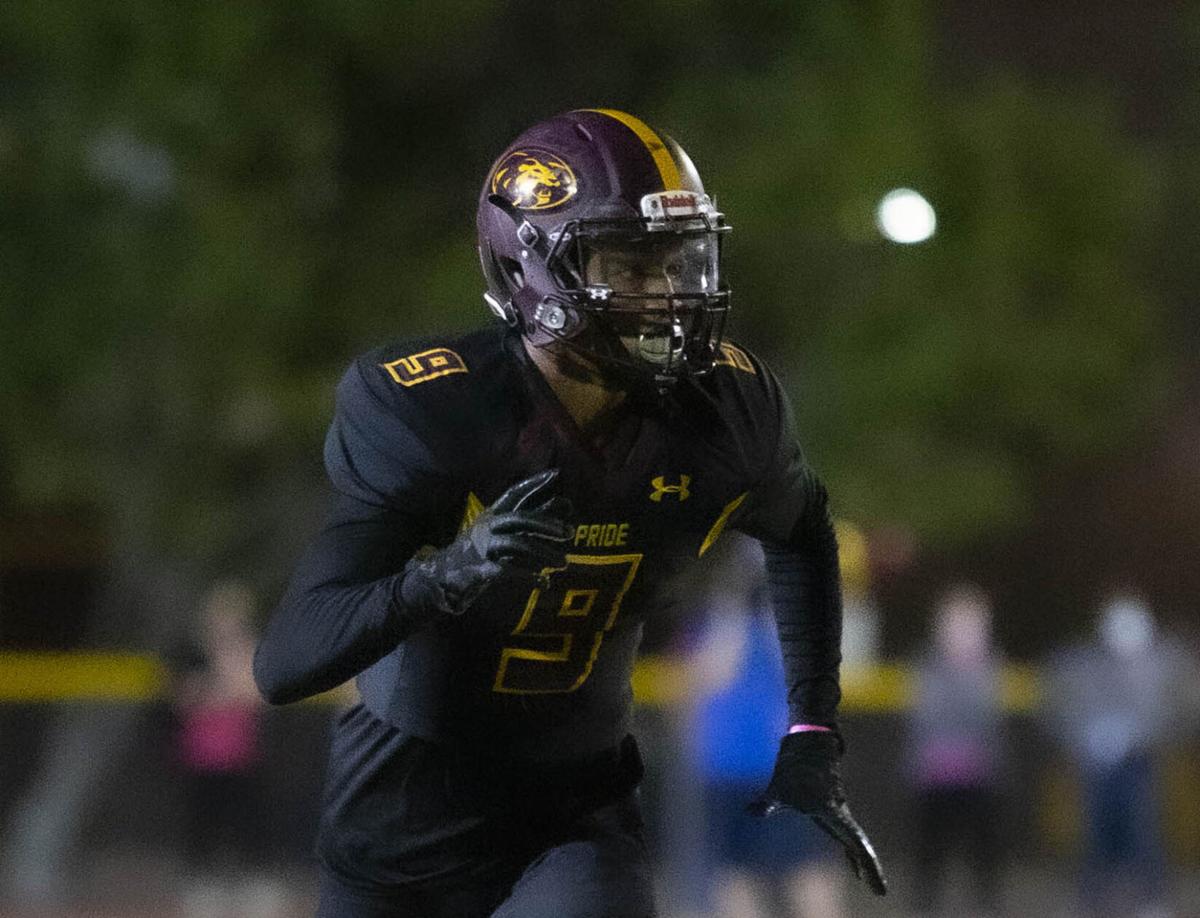 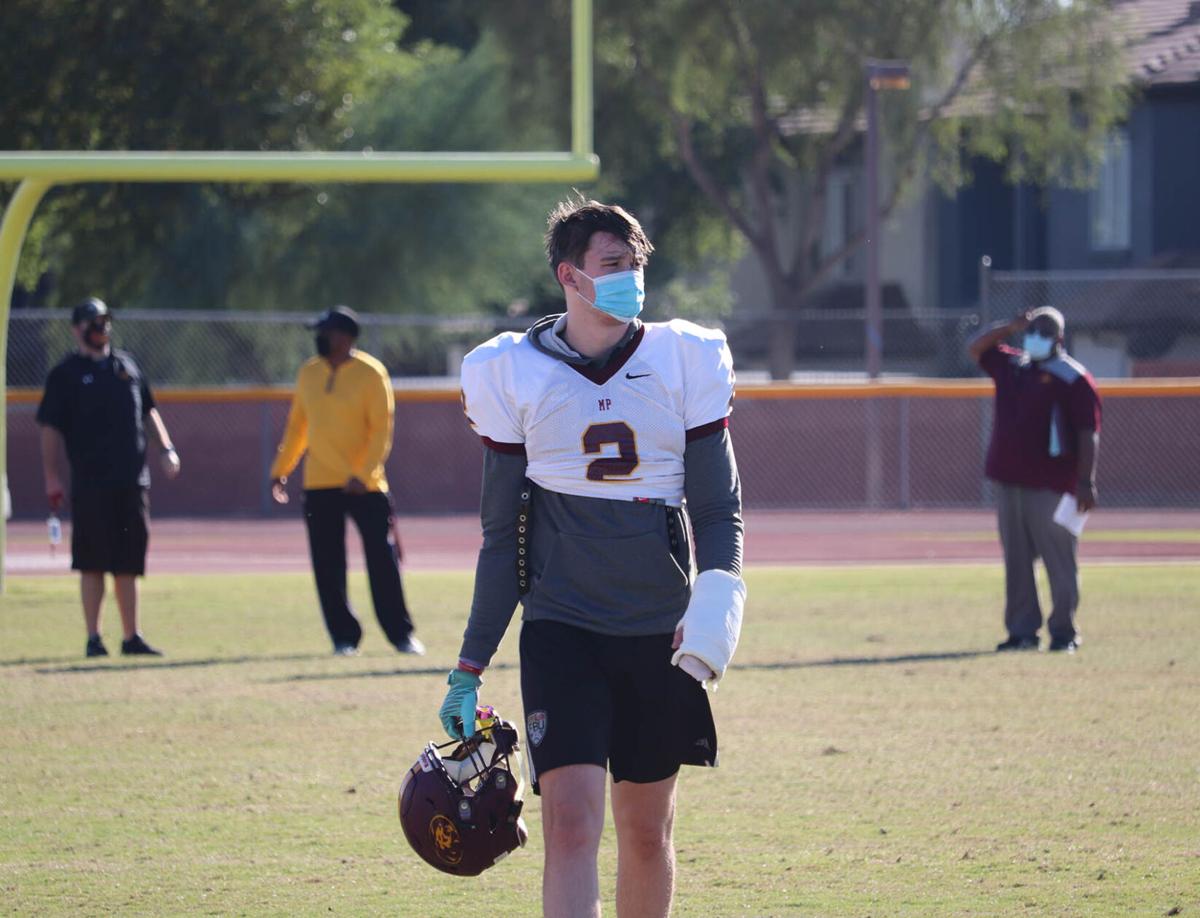 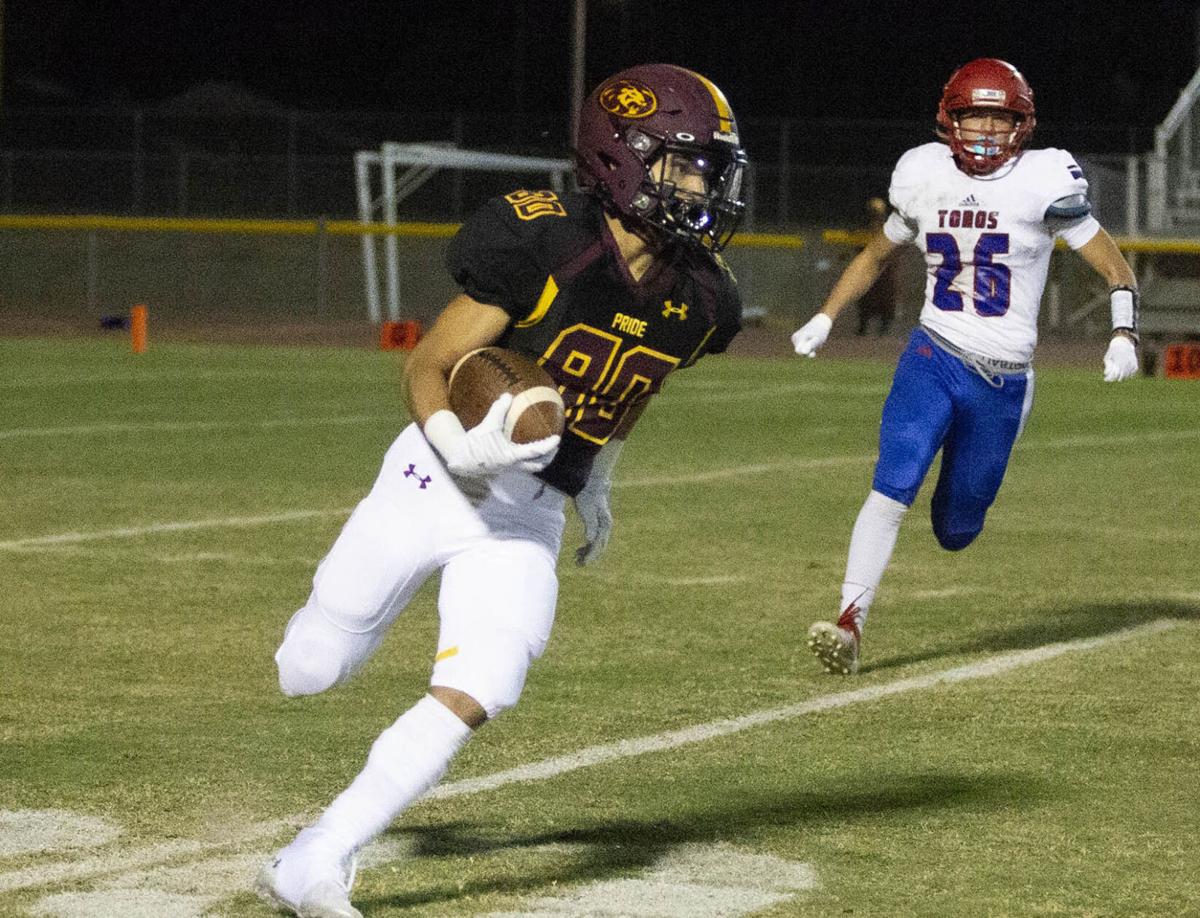 The 24th rendition of the Ahwatukee Bowl is unlike any others in years past for multiple reasons.

Not only is the ongoing coronavirus pandemic limiting the number of spectators to just immediate family members of the players, bands are also unable to perform and both teams have struggled to secure a win in the shortened season.

But as all players, coaches and even fans have said since this rivalry first began in 1997, records don’t matter. Both teams have struggled with injuries and an overall abundance of youth. But when it comes to bragging rights in Ahwatukee and for one of the teams to secure a victory to end the season, virtually everything is on the line.

Here’s a look at some of the players who will likely make a large impact on the outcome of the game.

Sophomore quarterback Jackson Akins won the starting job in the summer and has started to find his way in the Desert Vista offense. His youth was apparent early on in the season but managed to have a breakout performance against Basha. He’s thrown for 599 yards and five touchdowns so far this year against a tough schedule, that included the likes of Hamilton and undefeated Mountain View and Corona del Sol.

Sophomore athlete Michael Allison has become on of the key playmakers for the Thunder this season at nearly every position. On offense, he is used primarily as a slot receiver, showing off his speed in the open field. That same speed is used on special teams, where Allison has shined this season – especially on fake punts. He also provides a physical presence at linebacker for the Thunder.

Sophomore running back Quinton Ivey’s freshman film stood out amongst several others, which lead to his promotion to the varsity roster. Little did he know, he would become the Thunder’s lead back due to lingering injuries to star junior Devon Grubbs. With Grubbs sidelined for the ‘Tukee Bowl, Ivey will once again lead the Thunder’s backfield. He hasn’t yet had the breakout performance like he did as a freshman, but Desert Vista coach Dan Hinds and offensive coordinator Sean Morin believe it’s only a matter of time.

Hinds called senior offensive and defensive lineman Kama Huakau the “heart and soul” of this year’s team. Despite being undersized at 5-foot-8, 210 pounds, he often finds himself dominating opposing players. From his footwork to the speed of his hands, Huakau has emerged as one of the best linemen on this year’s team. He also has a motor that never stops running, allowing him to go both ways.

Senior linebacker Tyson Martinez doesn’t often get as much attention as his counterparts. But when he does, it’s well-deserved. Hinds described Martinez as a coach’s player. He never complains and throughout the season has played through injuries. His natural athletic ability is also used on Desert Vista’s offense. Especially with Grubbs not able to play, Martinez will find himself on the receiving end of carries out of the backfield.

Junior quarterback Amier Boyd and sophomore quarterback Chris Arviso II are preparing for their first taste of what the ‘Tukee Bowl is all about. Both quarterbacks transferred from South Mountain in the offseason after a coaching change. Boyd, who was eligible at the beginning of the season, has taken most of the snaps under center for the Pride, passing for 622 yards and a pair of touchdowns while rushing for 313 yards and two more scores. Mountain Pointe has deployed a quarterback by committee in recent games, allowing Arviso to rotate in every other quarter. With different styles of play, both will be key for the Pride against Desert Vista.

Two seniors coming off injuries, both said they should be healthy to play against Desert Vista. Mountain Pointe coach Eric Lauer said there were very few things that would have gotten in the way of the two playing in the ‘Tukee Bowl for the final time. Hay made the transition to defensive end this season from linebacker and has excelled at the position. But a foot injury against Corona del Sol has kept him sidelined. Ortiz, who plays left guard for Mountain Pointe, rehabbed from a lower leg injury and is ready to make his return. Both players change the entire dynamic of Mountain Pointe’s offensive and defensive lines.

It didn’t take long for the senior transfer from Alhambra to become one of the leaders of this year’s Mountain Pointe team. He is vocal on the field, an overall playmaker and a natural leader, all reasons why his new teammates voted him as a captain. Crockett’s athletic ability is used everywhere on the field. He returns kicks on special teams, often lines up at wideout on offense and has become one of the more feared safeties on defense.

Senior tight end Kevin Sawitzke still has a cast on his left hand from a previous injury but that hasn’t stopped him from producing when called upon. In just two games played this season, he’s caught seven passes for 84 yards. He also uses his 6-foot-5, 230-pound frame to pick up key blocks on run plays for the Pride.

The junior wideout has started to break out of his shell for the Pride, providing not only a speed option on the outside but a deep threat as well. Two clutch catch-and-runs by Ice-Robinson against Mountain View helped keep Mountain Pointe in contention for the game. With Mountain Pointe airing it out as of late, Ice-Robinson will be key against the Thunder.