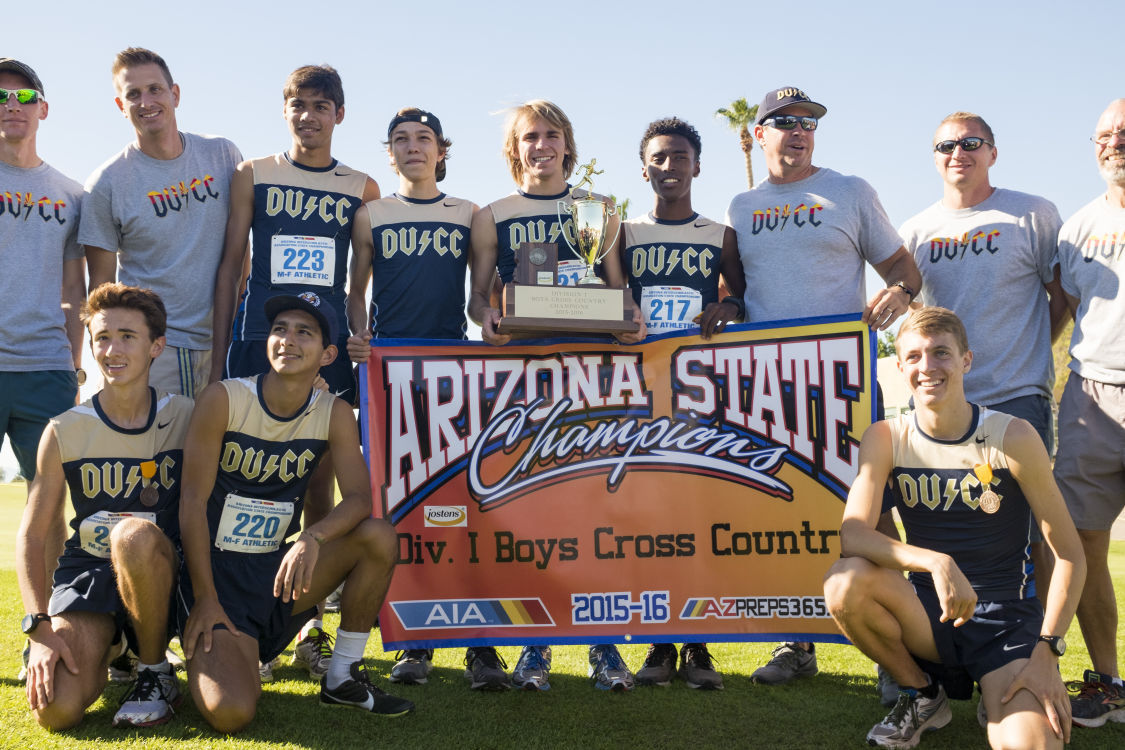 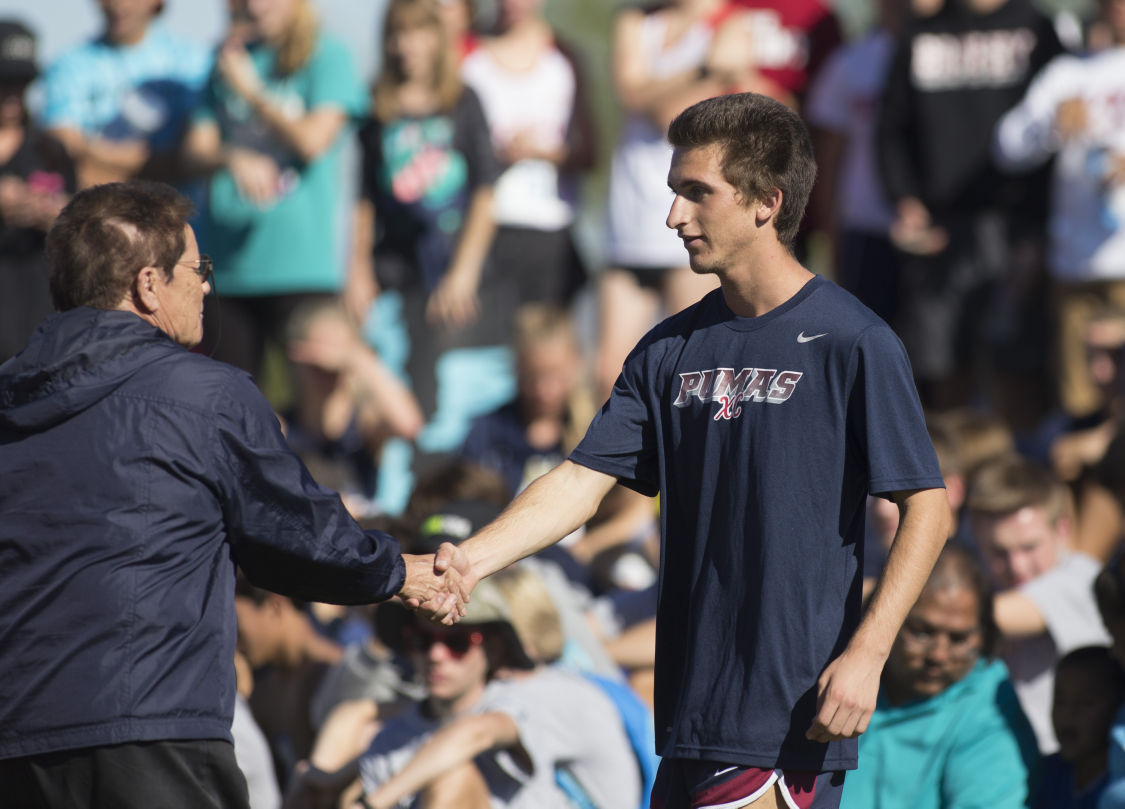 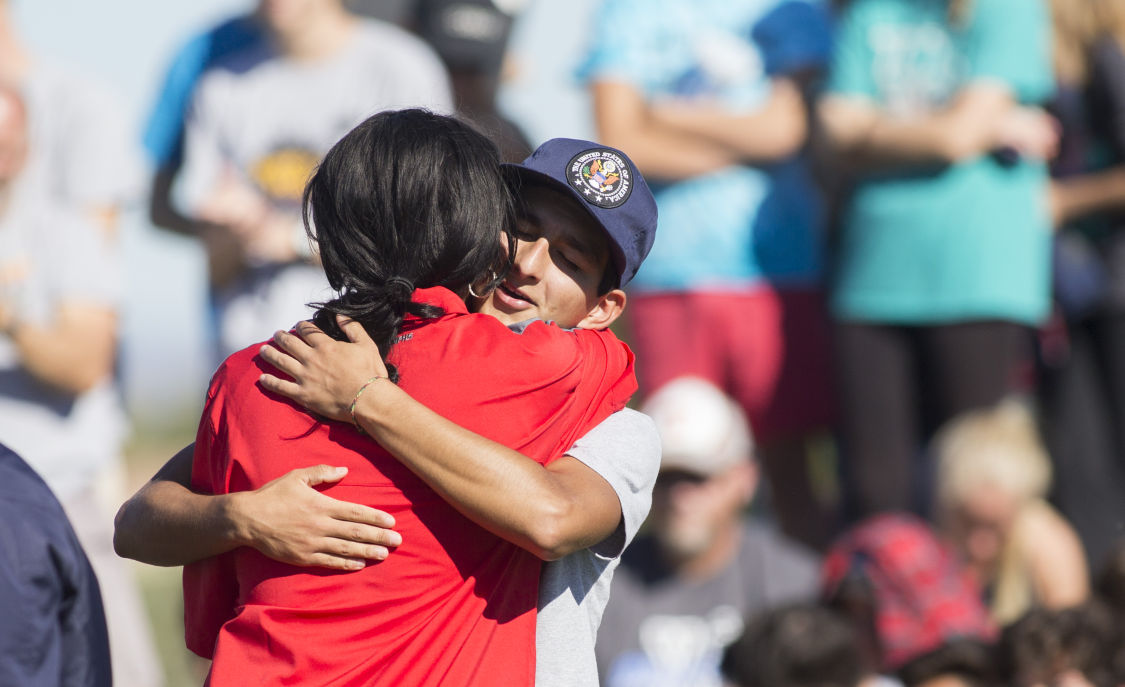 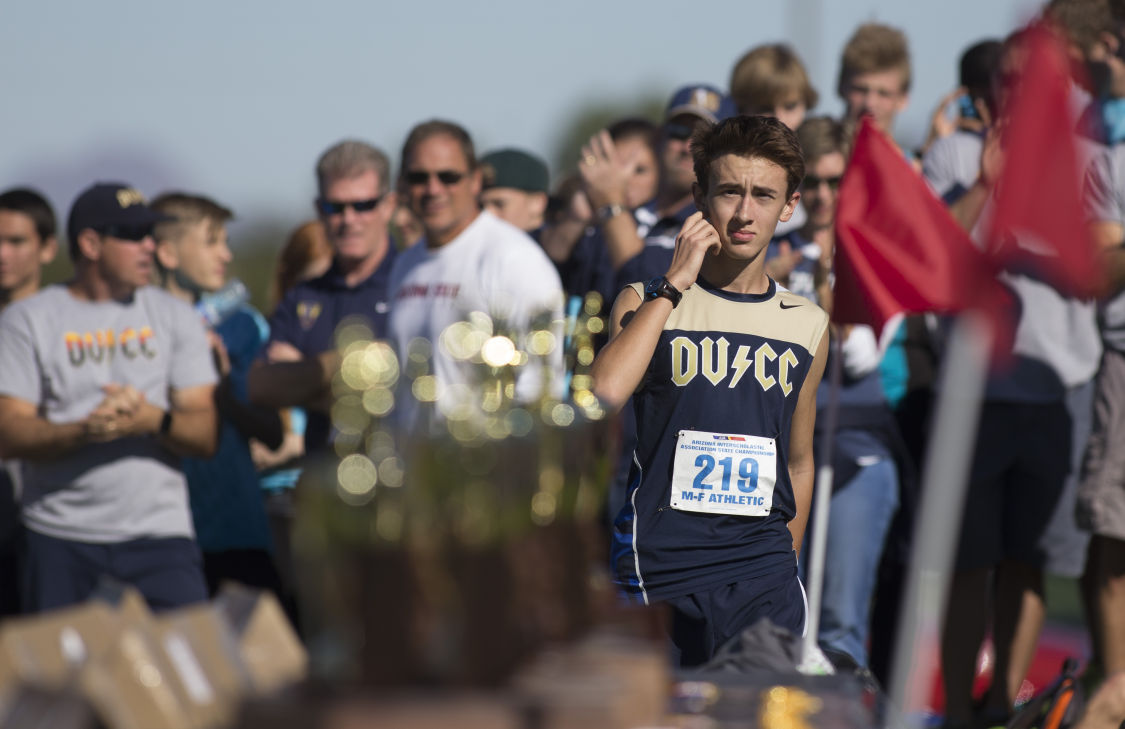 History has shown the Desert Vista boys program is going to be at the front of the Arizona big-school cross country pack regardless of the year or who the Thunder have toeing the line.

They may not win it every year, but Desert Vista will always challenge.

The formula has developed into one that has the Thunder’s top runners rarely competing in state so it is hard to tell at times just how good the team is heading into the state meet.

Desert Vista won for the third time in four years on Saturday by posting the second best accumulated time (1:21.11) in Arizona history by pulling away from the field at Cave Creek Golf Course.

The event, however, was clearly owned by the Thunder as they won their seventh state title since 2002.

“The one thing we can control is what we do whether that is racing or not racing,” said Hanson, who rarely runs his full top seven in Arizona events including city and sectional meets. “We try to focus on the things we can control. The nice thing about cross county is control what you can.

“The boys get tired of hearing this, but every year we are able to say this is the best team we’ve ever had. We live in the moment and we don’t look at last year. We’ve already started, right now, our quest for next year. Not tomorrow, but today.”

Desert Vista was led by its third individual champion as DJ Harris finished in 15:50 with Perry’s Cade Burks finishing second for this third runner-up finish in his career after finishing second in the 800 twice during the track state championships.

Harris, a senior, made the leap from fourth place a year ago.

“I just love this race and it was my complete focus since last year,” he said. “I knew I had done all the work needed to be put in this position. I just had to go out and execute.”

Harris ran modest splits the first two miles to save up for the all important kick for the final stretch to capture the title he had been so focused on since last season.

“DJ is focused, talented and works hard,” Hanson said. “It takes all three to be a champion. He’s had that approach from the start and he deserves everything that comes his way.”

The story, other than the Thunder’s continued dominance, was the growth of Burks as cross country had always just been a precursor to track season.

He got a taste of success – winning the Doug Conley and a sectional title will do that for you – and all of a sudden he was a possible state champion.

Burks, who ran a time of 16:03, the competitor was disappointed to finish second yet again, but he also knows how far he has come considering he finished 21st as a sophomore and his times haven’t dipped much until this year.

“I came in wanting to win, but that didn’t happen,” he said. “Every other season I was just getting ready for track. This is first time I’ve been excited to run cross country. All of the other years I’d start out well but at the end of the year I would tank.

“I had a different approach this year. There was some pressure on myself trying to win a state title, but this track season I am ready to roll and get one.”