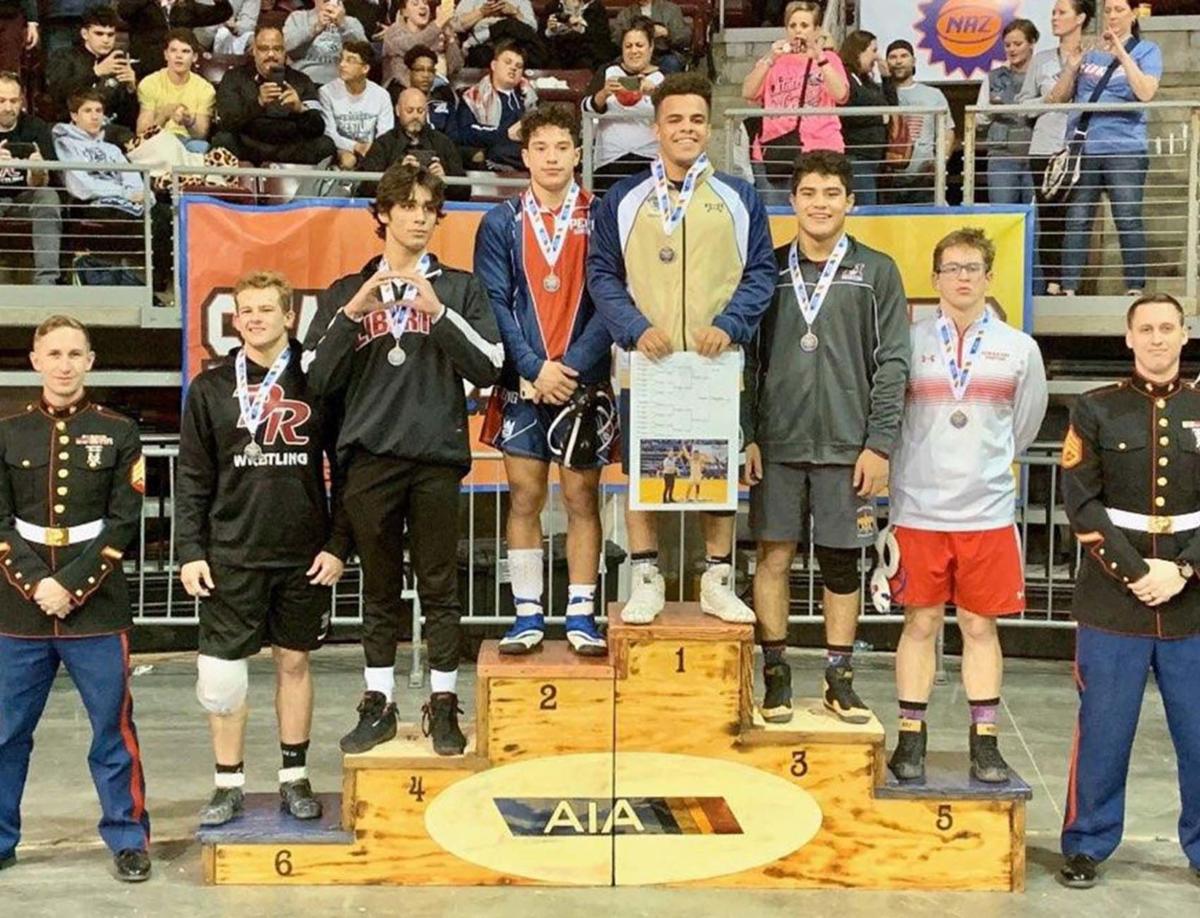 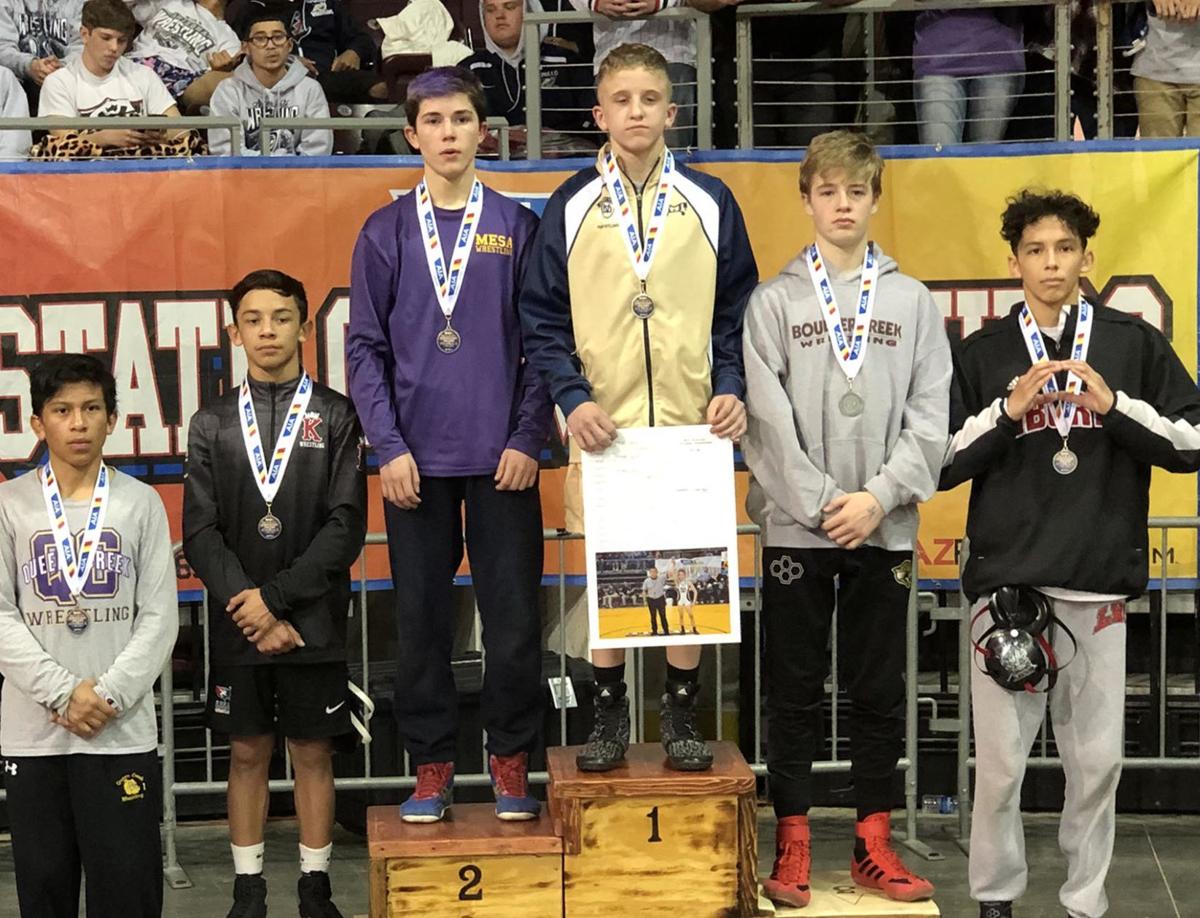 Another year, another strong finish by the Desert Vista boys wrestling program at the Division I state wrestling meet in Prescott last weekend.

The Thunder qualified 12 wrestlers to compete in the 2019-20 state meet, including last year’s state champions in their respective weight classes Alfonso Martinez and Preston Cameau. The two, along with this 106-pound state champion Logan Smith, helped lead the Thunder to finish fourth overall at the state meet.

It’s the third time in four years Desert Vista placed among the top four teams in the state.

Smith was the first Desert Vista wrestler to be crowned champion Friday night in the medal rounds for Division I programs. He wrestled and defeated Steven Jarman from Mesa, who had come in as one of the top wrestlers in the state in the weight class.

Cameau was the last of the Desert Vista wrestlers to compete in the medal rounds. Last year, he clinched the state title in the 160-pound class. This season at 170, he repeated as state champion after defeating Perry’s Ikaika Maldonado.

Desert Vista’s run to the state meet came after a dominating regular season and sectional tournament, in which the Thunder placed first overall in Division I, Section 3. Five of the 12 qualifiers placed first overall at sectionals, with the rest finishing in either second or third in their respective weight classes.

Mourece Ramirez, who placed first in the 132-pound class at sectionals, was the fourth Desert Vista wrestler to medal at state. He placed fifth overall in his class.