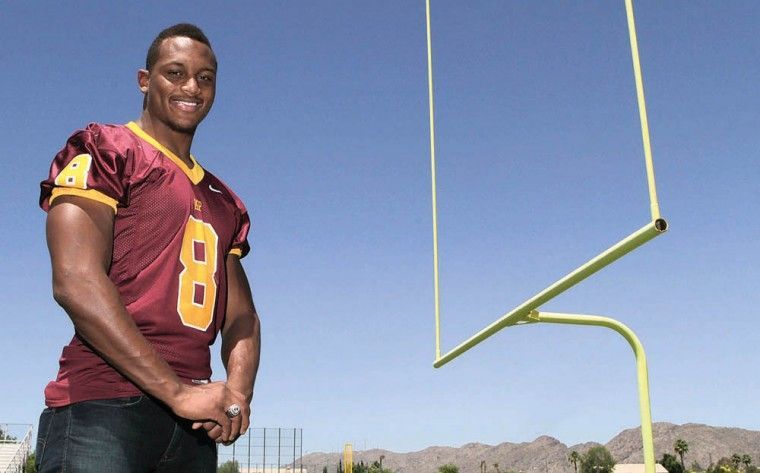 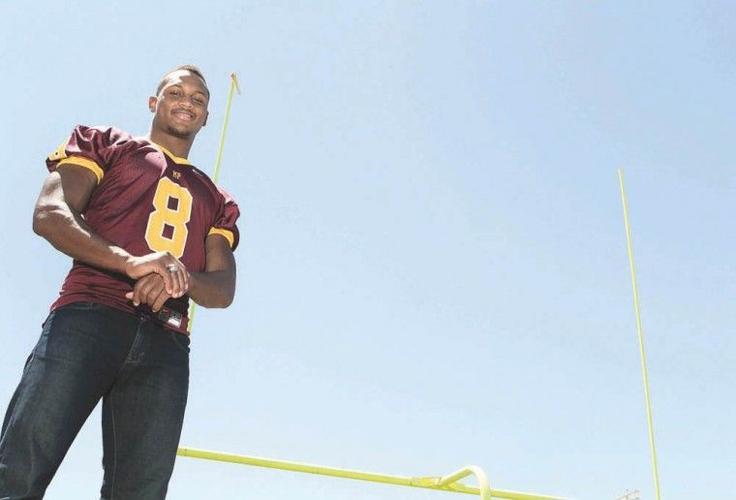 Izzy Marshall’s football career at Arizona State is over before it ever really got started.

The former Mountain Pointe All-Arizona linebacker officially signed papers to stay on medical scholarship at ASU but a balky back won’t let him take the field anymore.

He red-shirted his true freshman year and then missed all last season with a back injury. When he talked to the AFN back in September, Marshall was confident he’d make it back to the field this spring or fall.

“It’s a setback but nothing too big,” Marshall said. “The coaches like what I’ve been doing. I’ll be OK.”

Marshall, a 6-foot-2, 204-pound linebacker, dislocated one of his shoulders in spring ball last year and still played on it because he wanted to impress the new coaching staff. While compensating for the injury, he put undue pressure on his back, which led to a hairline stress fracture.

“The fracture is in a spot where they can’t operate and they’re afraid to let him play with it,” Pride coach Norris Vaughan said. “He might be a candidate to be undergraduate assistant. It’s a shame because he is a great kid and you wanted to see him succeed on the field.”

I was honored to be part of Mountain Pointe’s Boys to Men mentoring program recently. The panel was amazing and the sentiments the individuals passed on to the students was priceless.

Afterward, though, Pride junior offensive lineman Natrell Curtis put me on the spot and asked me if I thought the Pride would be able to beat national power Bishop Gorman in the Sollenberger Classic next year.

I said Gorman should be about a 10-point favorite as the game is played on their home field.

All I am hearing about is how big their line is and how special their skills players are so, considering how big and powerful Curtis is and the fact that he had his arm around me, I went with 10 points in order to not be crushed by the big man.

In reality, though, the proper number might be closer to 14, but that number might change as we get closer and I start really studying what Gorman is all about.

The three-time Arizona state wrestling champion didn’t have many scholarship opportunities until late in the process. He eventually decided to attend the West Point Prep Academy, where he’d basically red-shirt and have a lot more than wrestling to concentrate on as all service academies do.

That change came last week when Central Michigan, a very good Mid-American Conference program, pushed hard for Bambic. The decision was cemented when it became one of his training partners will be Ben Bennett, who finished fourth at 184 in the nation and is going to join the coaching staff.

It had to be hard to walk away from all West Point has to offer, but from a pure wrestling stand point it is a great fit. His goals are to become an All-American and possible Olympic candidate, if the sport is saved beyond 2016, and he has a better chance to do that at CMU.

Injury forces Marshall to sit out season at ASU

In some families, the cousins are so close they might as well be siblings.

For one of the few times, if not the first, in Norris Vaughan’s long coaching career, the di…

Injury forces Marshall to sit out season at ASU

Friday Flashback: It is that time of year again - Ahwatukee Bowl

It’s never too early to talk about the Ahwatukee Bowl.

Upsets abound: Looking back at the spring season

Spring sprang, and now summer has set in.