Skip to main content
You have permission to edit this article.
Edit
Home
News
Community
Business
Opinion
Sports
Get Out
Special Sections
Recommended
Classifieds
1 of 3 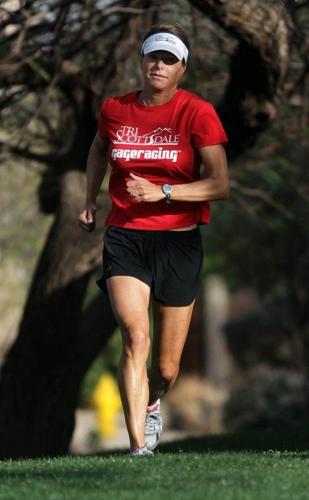 Jane Esahak-Gage trains as she prepares to run the Tri For the Cure triathlon in honor of her mother Barb Gage Sunday at Chandler High School. March 15, 2011-Darryl Webb/AFN 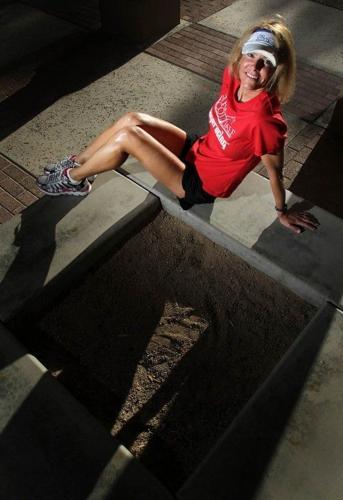 Jane Esahak-Gage prepares to run the Tri For the Cure triathlon in honor of her mother Barb Gage Sunday at Chandler High School. March 15, 2011-Darryl Webb/AFN 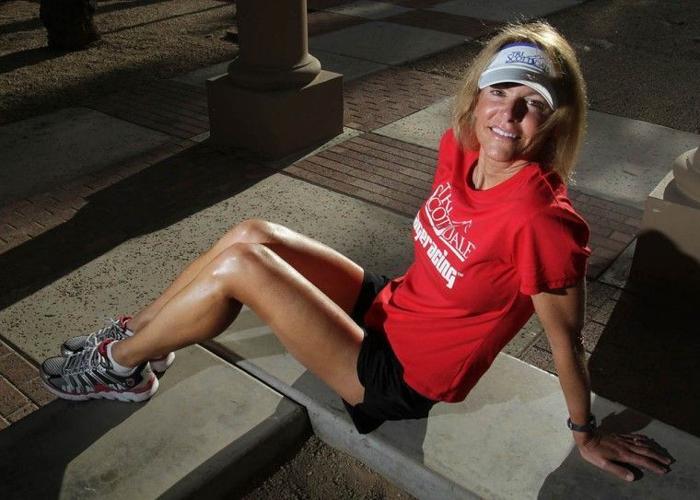 Jane Esahak-Gage plans to run the Tri For the Cure triathlon in honor of her mother Barb Gage Sunday at Chandler High School. March 15, 2011-Darryl Webb/AFN

Jane Esahak-Gage trains as she prepares to run the Tri For the Cure triathlon in honor of her mother Barb Gage Sunday at Chandler High School. March 15, 2011-Darryl Webb/AFN

Jane Esahak-Gage prepares to run the Tri For the Cure triathlon in honor of her mother Barb Gage Sunday at Chandler High School. March 15, 2011-Darryl Webb/AFN

Jane Esahak-Gage plans to run the Tri For the Cure triathlon in honor of her mother Barb Gage Sunday at Chandler High School. March 15, 2011-Darryl Webb/AFN

Jane Esahak-Gage has been running triathlons for years, but this year the Tri for the Cure has special meaning as the Ahwatukee Foothills resident runs in memory of her mother.

"She was my biggest supporter," Esahak-Gage said. "I grew up as a competitive swimmer. Even though neither of my parents were very athletic themselves, my mom and my dad were pretty much at every race I did. I started swimming when I was 7 years old and even through my adult life when I became a triathlete my mom would fly out for races."

Even when her mother, Barb Gage, was diagnosed with breast cancer in 2000, Esahak-Gage says her mom stayed positive and was always there for her when she needed support.

"She was just amazing," Esahak-Gage said. "She never complained about anything."

Esahak-Gage has been running triathlons since 1993, but she has made a special effort to run events that deal with breast cancer. Three years ago she found Tri Scottsdale and said the organization was a perfect fit.

"The Tri for the Cure was a good thing to get involved with because the Tri Scottsdale Foundation needed people to help with the swim clinics," Esahak-Gage said. "I already do that here in Ahwatukee. So it was kind of a natural thing to be able to give back a little bit."

Esahak-Gage was not alone in wanting to fight breast cancer. Her mom was behind her all the way and doing everything she could to fight the fight as well. Her mother was not an athlete, Esahak-Gage said, so they never ran events together, but while she was out running for the cause, her mom was joining medical experiment groups. When she passed away she donated her body to science.

Esahak-Gage has run the Tri for the Cure twice before and was already planning on doing the event this year, but with her mom's passing fresh in her mind, she's ready to do it in honor of the woman who did so much for her.

"It'll be a little bit more sentimental this year," Esahak-Gage said. "I'll be thinking of her. I think most people that knew her just know that she was such a giving caring person. I think that kind of stuff will live on well beyond after her. She was the kind of person that no matter what she always found the good in the situation. She looked at always the positive things. I think people that knew her will remember that in her."

The Tri Scottsdale Foundation partners with Phoenix Susan G. Komen to help put on the event. About 1,000 women are expected to compete Sunday, March 20 at Chandler High School. To learn more about the event or to make a donation, visit triforthecureaz.com.

For women who made a New Year¹s resolution to give back, get in shape or ‘tri' something new…

As a kid growing up in Kendallville, Ind. in the 1960s, John Wilcox played third base in Lit…

Rita Hick woke up one morning and felt so dizzy that she couldn’t get out of bed. “I remember falling back over and feeling like things were spinning out of control,” Hick said. For a couple of weeks, the Sun Citian thought she might have the flu. But later, doctors diagnosed her with Benign Paroxysmal Positional Vertigo, a disorder that occurs when small crystals of calcium normally found in the inner ear shift out of place.

A focused community: Looking back at 2010

A life of swimming

Jessica Vipperman has been swimming since she was 4 years old. After taking a few years off to pursue graduate study and social work, she retu…

A simple dice game could save lives this weekend at the seventh annual Bunco for the Cure.

The acknowledgement is usually quick and might be nothing more than a glance.