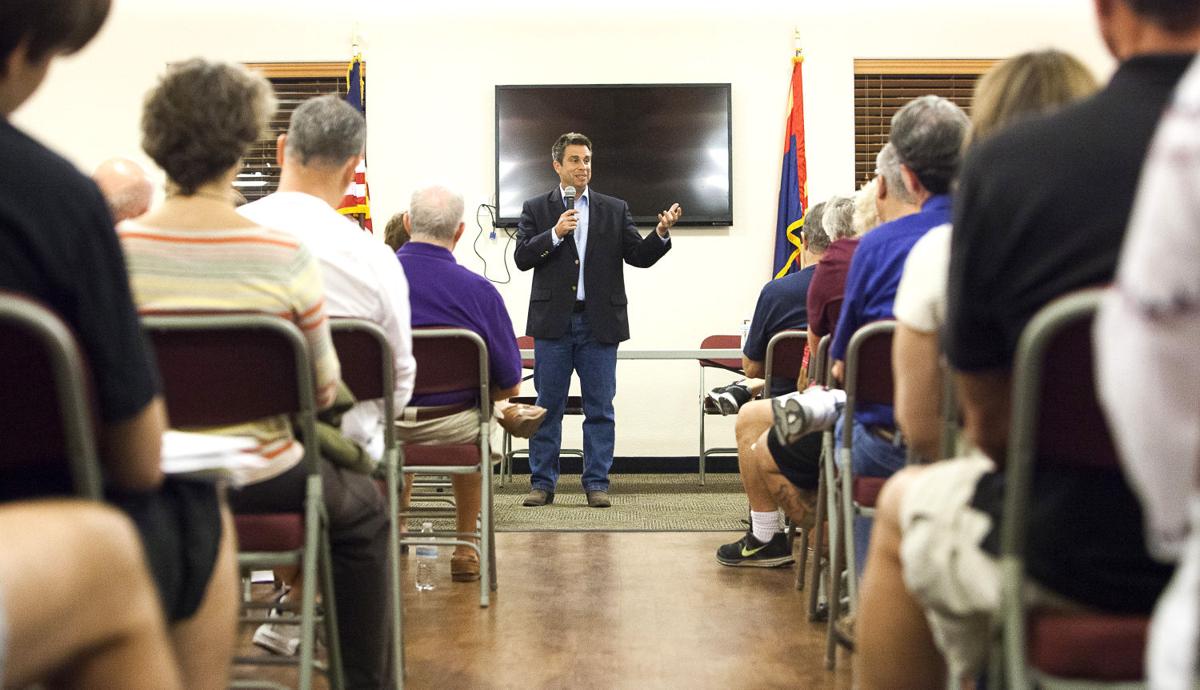 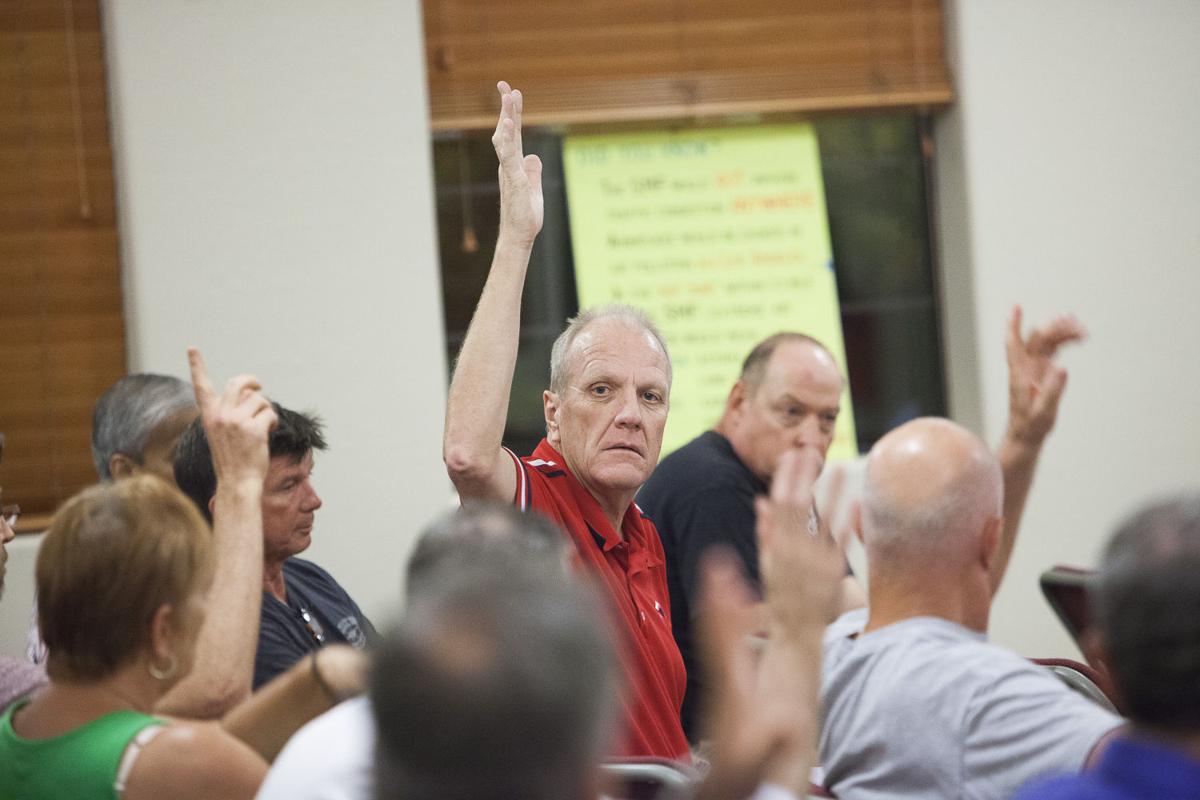 Scott Herrmann asks the crowd how they heard about the meeting while making a comment during the PARC meeting at Club West Golf Course on Wednesday, Oct. 15, 2014.

Scott Herrmann asks the crowd how they heard about the meeting while making a comment during the PARC meeting at Club West Golf Course on Wednesday, Oct. 15, 2014.

After more than 30 years of planning, many Ahwatukee Foothills residents still have questions about the proposed South Mountain Freeway and as the environmental review process is coming to a close, an Ahwatukee nonprofit hopes to provide some clarity.

Protecting Arizona’s Resources and Children (PARC) held their first public meeting at the Club West HOA building Wednesday, Oct. 15, taking questions from the public about the freeway. Another meeting is planned for Oct. 29 at Foothills Golf Club, 2201 E. Clubhouse Drive, beginning at 7 p.m.

Nearly 100 people showed up Wednesday to hear from lawyers and experts PARC hired to review the project. PARC’s goal is to stop the freeway from being built down Pecos Road and through South Mountain.

“Members of the public have sent us questions that we thought might be best asked and answered in a public meeting,” said Connie Squires, secretary of PARC. “We have information that we want to pass along to anyone who attends one of these meetings.”

The Arizona Department of Transportation recently released the FEIS and the public now has until Nov. 25 to comment on that report. After Nov. 25, the state will use the FEIS to get a record of decision from the federal government, which will allow them to move forward with construction. ADOT is not planning any public meetings of their own to answer questions about the FEIS.

PARC believes their experts have proven that the state has not properly considered the impacts of this freeway.

“They’re using the data like a drunk uses a lamppost, for support rather than illumination,” said Howard Shanker, PARC’s lawyer who is preparing to take ADOT to court if a record of decision is granted.

Several residents have recently gotten letters from ADOT informing them that a real estate professional would be out soon to appraise their house so that it could be purchased by the state. Shanker told the crowd Wednesday that ADOT has been purchasing homes in the path of the freeway since the 1980s. It doesn’t mean the freeway is a done deal.

Other residents questioned what the rest of the process is like now that the FEIS is out.

“Other than what we tell the public people are really in the dark,” said Pat Lawlis, president of PARC. “We hear from so many people that think this is going to happen, but no, it doesn’t have to happen.”

PARC has had several volunteers passing out fliers door to door daily to try to inform the public about the proposed freeway. ADOT’s complete report and details on the process can be found at southmountainfreeway.com.

Ahwatukee letter: Not sure Ahwatukee’s quality of life would go down if freeway were built

The Final Environmental Impact Statement for the proposed South Mountain Freeway has been released.

While the summer heat is on in the Valley of the Sun, PARC (Protecting Arizona’s Resources a…

Lawlis: Is the South Mountain Freeway a ‘done deal?’ Not even close!

Now that they have released the Final Environmental Impact Statement (FEIS) for the South Mountain Freeway (SMF), ADOT has become very cocky a…

Here the most option for the save the documents easily you can need to join the site here search where are scanned documents windows 10 so thanks for the share the information all web users and install the window.

You have some truly fantastic messages in addition to I feel I would be a great possession. If you ever before intend to take numerous of the lots off, I 'd certainly like to write some product for your blog site in exchange for a weblink back to mine. Please send me an email if interested. specialist paint contractor

It previously was a genuine frightening circumstance in my circumstances, nonetheless seeing the info style you boosted the problem needed me to leap with gladness. I get a bang out of for your details in addition to that later presume you establish what a reliable job that you're participating in developing a collection of numerous other people making use of a web site. thehotelinhyderabad.webnode.com/