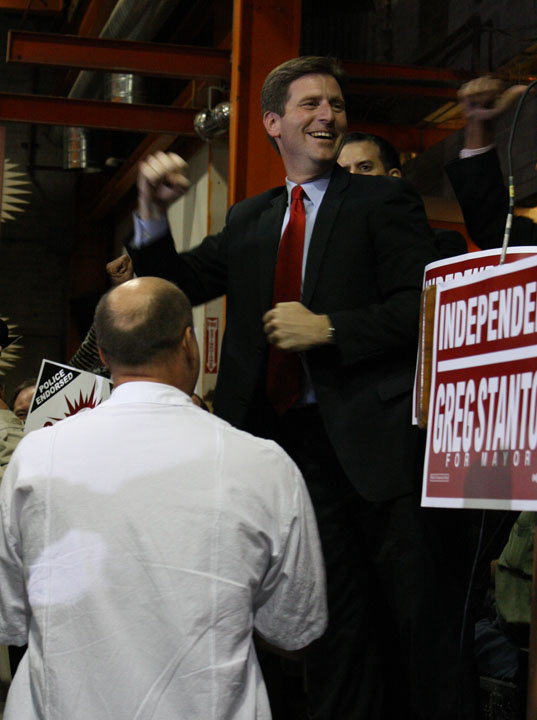 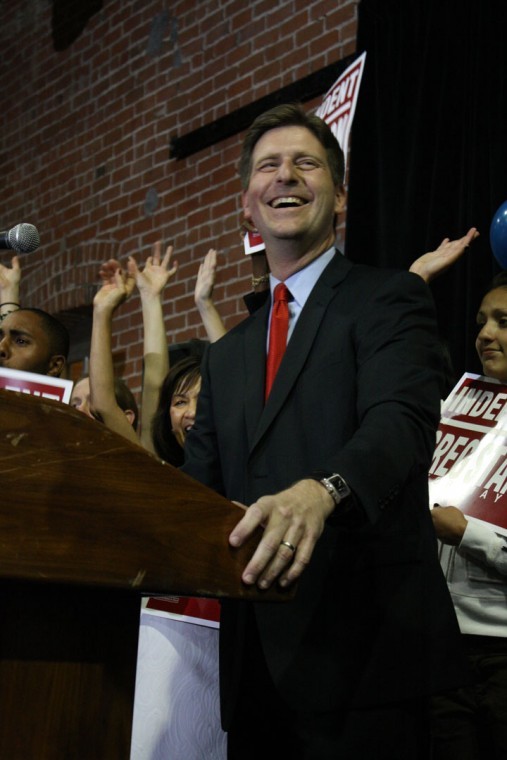 Stanton can hardly control his smile while addressing the crowd Tuesday, Nov. 8.

Stanton can hardly control his smile while addressing the crowd Tuesday, Nov. 8.

After months of campaigning and talking to local residents, initial poll results show Greg Stanton as the new mayor of Phoenix.

Cheers could be heard from outside of Levine Machine in downtown Phoenix as results were posted. Stanton stood and thanked the crowd gathered there for their continued support.

"The future belongs to you," Stanton said. "I value the trust and confidence you have placed in me."

The unofficial results include ballots received by Nov. 5 and ballots cast at voting centers on Nov. 5 and 7.

The results do not include provisional ballots.

On the three days the centers were open, voters cast more than 20,100 ballots. As of Tuesday, 143, 500 early ballots had been received but early ballots dropped off at voting centers had not been counted.

Any additional remaining ballots will be processed and tabulated by 5:30 p.m. on Nov. 14, according to the city of Phoenix.

I tried to vote today, but for the first time in 20 years the lines were too long to wait. Oh well, thanks for "fixing" the voting process Phoenix. Doesn't really matter anyways, since we can just recall anyone we disagree with at any time for any reason, whatsoever (see Pearce). I miss the days when voting meant something.