Skip to main content
You are the owner of this article.
Edit Article Add New Article
You have permission to edit this article.
Edit
Home
News
Sports
Art & Life
Community
More
Obituaries
Recommended
Contact
Classifieds
1 of 3 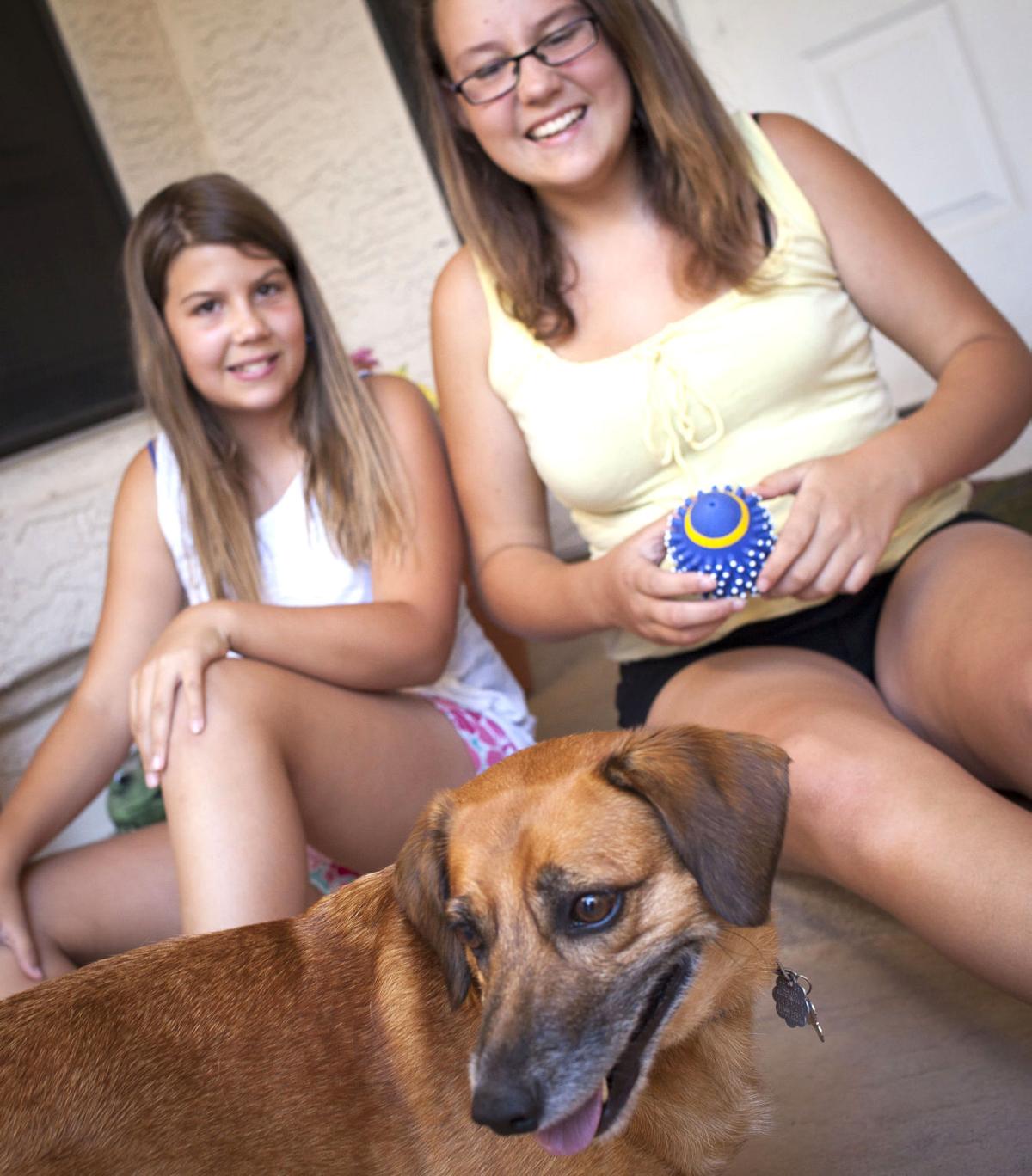 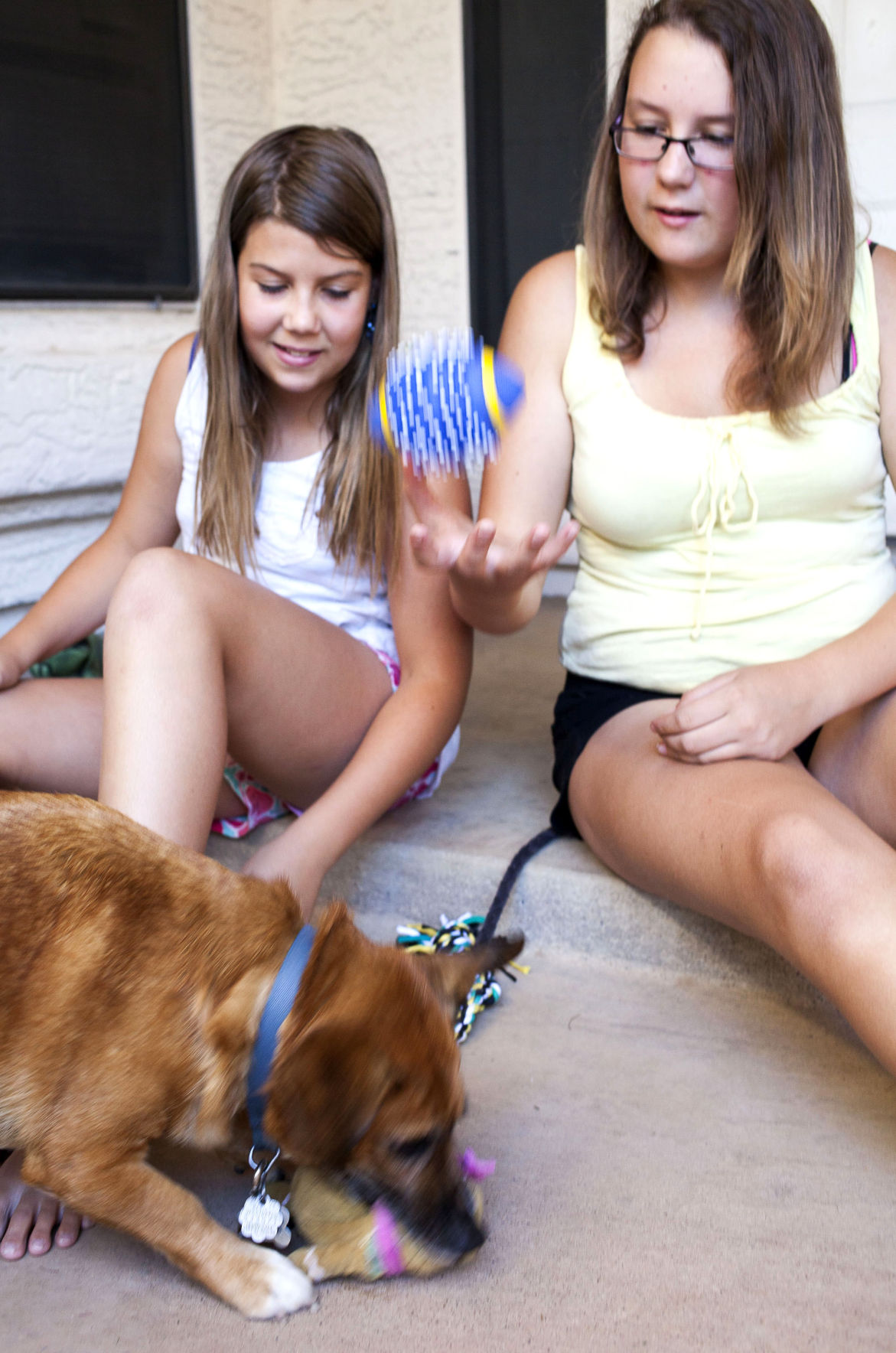 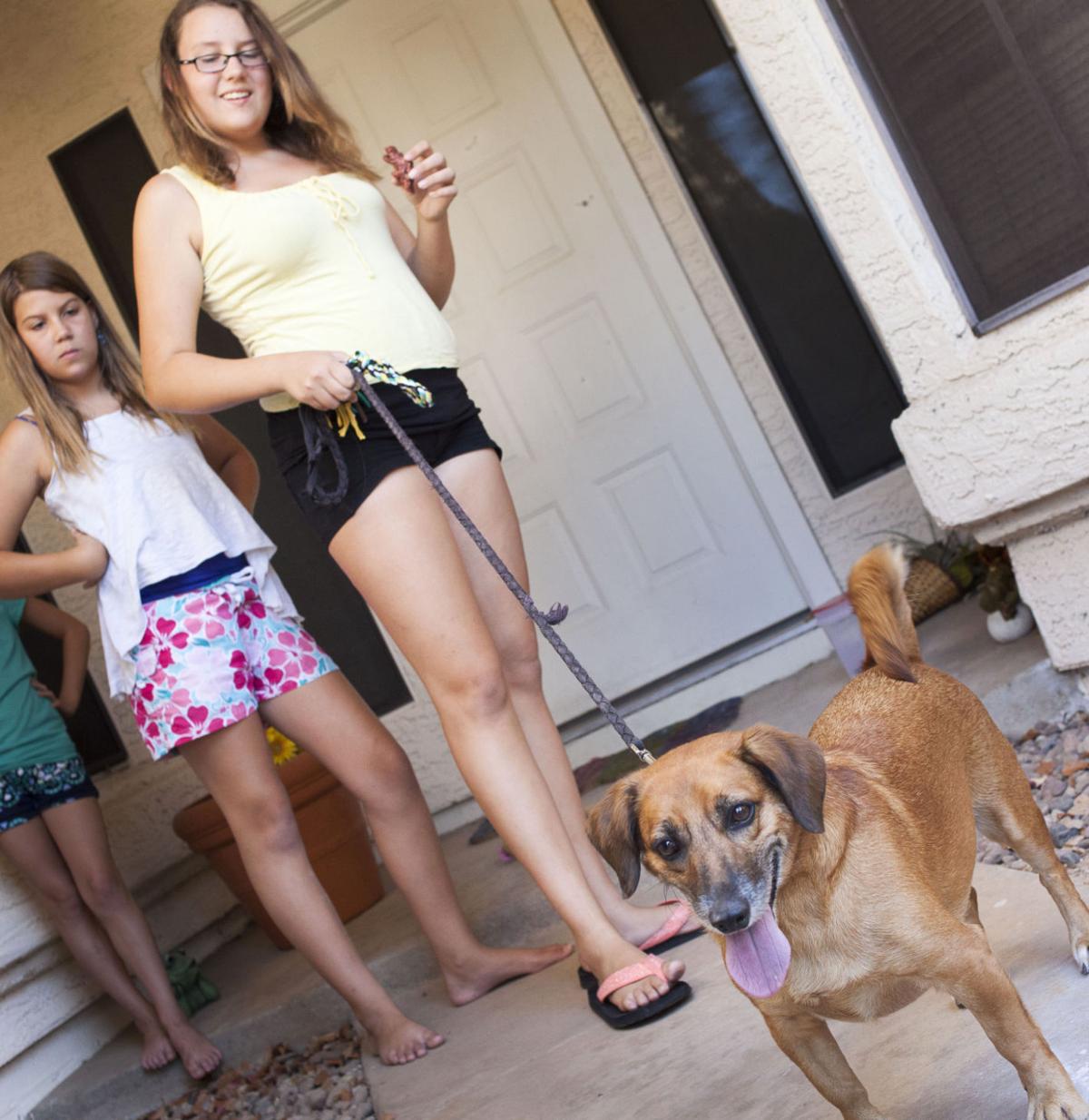 Buddy the dog hasn’t had many lucky breaks his life, but he hit his luckiest break yet when he met Ahwatukee Foothills resident Megan Hansen.

Hansen, 14, has a big heart for animals. In 2011 she began selling lemonade to raise money for the Arizona Humane Society. Every weekend, she would raise funds through her Humane Lemonade. Over the years, she has also raised money through a garage sale for horses in need.

Recently she was browsing online and noticed a Facebook page for a volunteer group called Caring Hearts for Homeless Pets and Their Owners.

“I thought it was really cool, so we asked for donations and we must have gotten at least 100 pounds of dog food,” she said.

Hansen and her family took those donations to join Caring Hearts at their weekly Fruitful Sunday meeting. It’s a time when the group of volunteers meets each week to hand out donations to the homeless and hear directly from them what their needs are.

“It was really hard seeing all these people and hearing their stories,” Hansen said. “It was hard to see them in that state. It was nice to know we were helping them and they all were very grateful. Without all the volunteers at Caring Hearts, they may not be alive today. A lot of them were starving and didn’t have shoes or clothes.”

It was at one of those gatherings that Hansen was introduced to Buddy. His current owner told her Buddy had been thrown from a truck. The man had picked Buddy up and cared for him for a few days but ran into a problem when he had to get on the bus to go to work. He couldn’t take Buddy on the bus with him and because the man was homeless himself, he didn’t have any place to safely leave the dog.

Hansen took Buddy in and tried to find him refuge in a shelter, but Buddy was turned away.

The Hansens already have one dog, a rescue, Buster, who was abused and is skittish around other dogs but Buddy’s calm demeanor worked perfectly with Buster.

Now Hansen is trying to raise more money to help more dogs like Buddy — and their owners.

“The fundraiser is to help pets like Buddy that are homeless to make them adoptable,” she said. “We were surprised at the amount of homeless pets … Homeless people a lot of times just find these pets and then begin taking care of them and can no longer take care of them when they get a job or move to an apartment or stay in a hotel. We want to get them off the streets and make them adoptable so we can get these people in a job and in a home and on the bus.”

Proceeds from Buddy’s Fundraiser will be split up and used for vaccines, surgeries and tags for homeless pets; food for pets and their homeless owners; basic needs for homeless pet owners; and emergency needs.

Free pets for qualified homes in Maricopa County this weekend

Residents across the Valley can adopt a dog or cat completely free of charge this weekend.

With the opportunity to infuse the love for animals and learning into one, kids have the cha…

Sterilization program for cats started in two parts of Mesa

In one year of working together to encourage the community to fix, adopt and save homeless p…