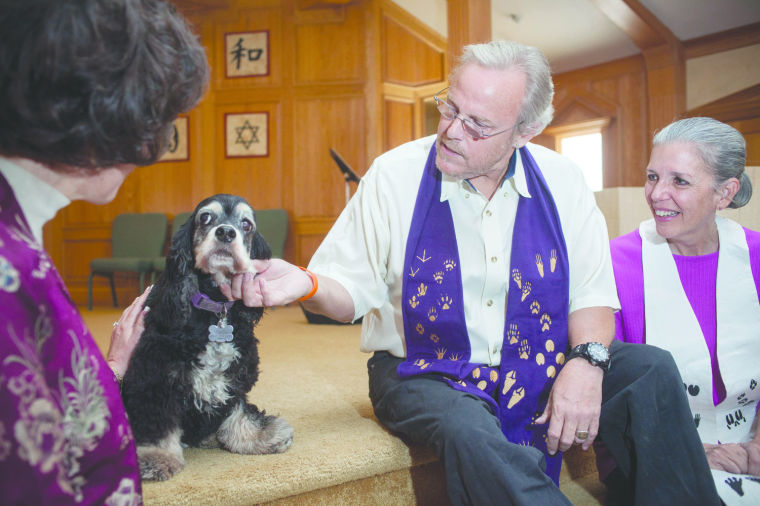 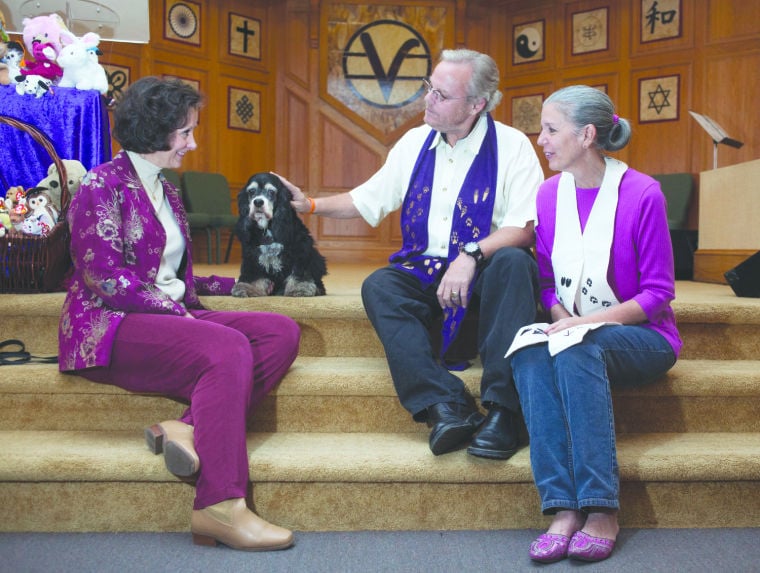 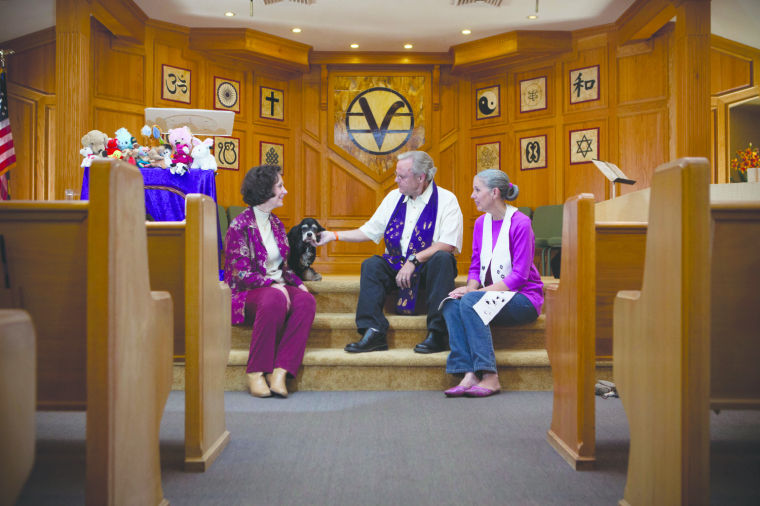 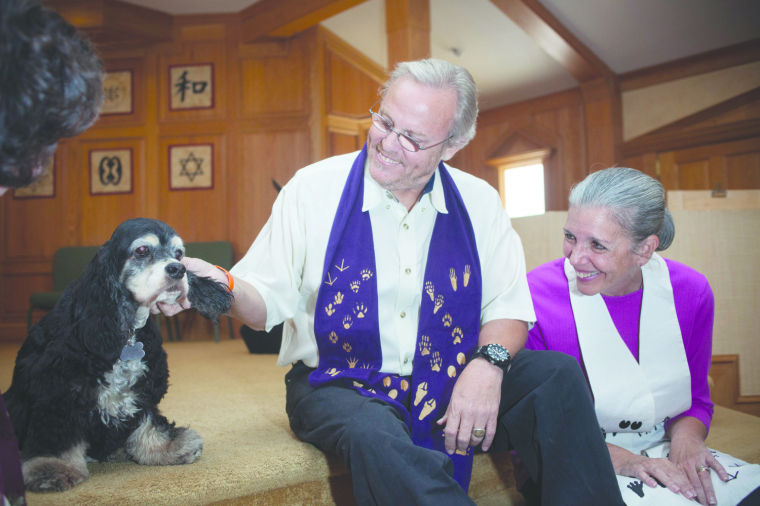 While more than 62 percent of households in the U.S. have a pet, and many of the people living with those animals attend church services regularly, only a small percentage of churches serve animals and their caretakers. It was a startling thought for Ahwatukee Foothills residents Kris and Craig Haley.

“We figured looking out over a congregation, 62 percent of those people have animals,” Craig said. “They’re here for spiritual support for themselves. Doesn’t it make sense, that if they consider their animals a beloved family member, that they would want the same type of spiritual support for their animal that they do for themselves? That’s our belief.”

Both Kris and Craig had spent years working with animal advocate groups. Over the years they both had an awakening to the thought that their animals and all animals they were meeting had a spirit. They became aware that people often have a very spiritual connection with their pets but that connection isn’t often officially recognized by churches.

“We realized there was a need for spiritual support for animals in the community so we started calling theological schools to see if any of them had any formalized animal ministry or animal spirituality courses,” Kris said. “The reaction we got was very interesting. In many cases we were laughed at. In some cases we were hung up on. It was a little demoralizing but we kept going.”

Their last call was to Emerson Theological Institute. The director of the school listened to their idea for a course about animals. In the course of studying for their own doctorate, the Haleys developed a Department of Humane Religious Studies for the school. The cornerstone of that department is the Animal Chaplain Program. Kris and Craig are both ordained animal chaplains themselves and since the formation of the program more than 25 students have graduated.

The program is a three-module program. The second module is the one Craig focuses on in his own ministry, bereavement.

“A big part of my ministry is grief support,” Craig said. “People don’t know who to talk to. They talk to their friends and their friends tell them they’re crazy because they’re crying over a dog or a bird or a horse. They tell them to just go get another one. They don’t understand the connection these people had with their pet.”

In addition to bereavement the Haleys take prayer requests; offer veterinary hospital and hospice support; conduct memorial, remembrance or life celebration ceremonies; conduct naming and adopting ceremonies; and do animal blessings. As chaplains the Haleys do not serve only one religion and do not have a church of their own but visit local churches and animal adoption events to provide prayer, grief circles, classes and workshops online.

The ministry is more geared toward supporting the people who take care of the animals than the animals. According to the Haleys, the animals are the teachers but the humans sometimes need support.

“So many people are so grateful just to have someone to talk to at those times when they’re struggling to know what to do for their animal,” Kris said. “So many people tell them, ‘Well it’s just your dog.’ Would you say that about a family member? No. So our services are there and we really do believe animals have a spiritual nature. People who share that belief have a place to go.”

The Haleys oversee the Department of Humane Religious Studies at Emerson Theological Institute. The Animal Chaplan program is completely online. For more information on the Haleys and their ministry, visit www.onevoiceministry.com or call (602) 418-2277.

"It’s been 10 years, now,” the strong voice said on the phone. Mari Justin is a breast cance…

Ganache is sweet and playful

Ganache is a 3-year-old Lhasa Apso mix. This shy boy needs slow introductions to other dogs.…

Bandit is a sweet boy

Bandit is a male terrier mix about 30 pounds and 3 years old. He was rescued from the Yuma H…

Jack is an extremely gentle 8-year-old lap cat with a very sweet demeanor. He seeks affectio…

I believe Animals have God;s essence flowing thru them [smile]

You did really good work. I really appreciate your new and different post.Please guys keep it up and share with us some unique post in the future…Download Free Fire For PC