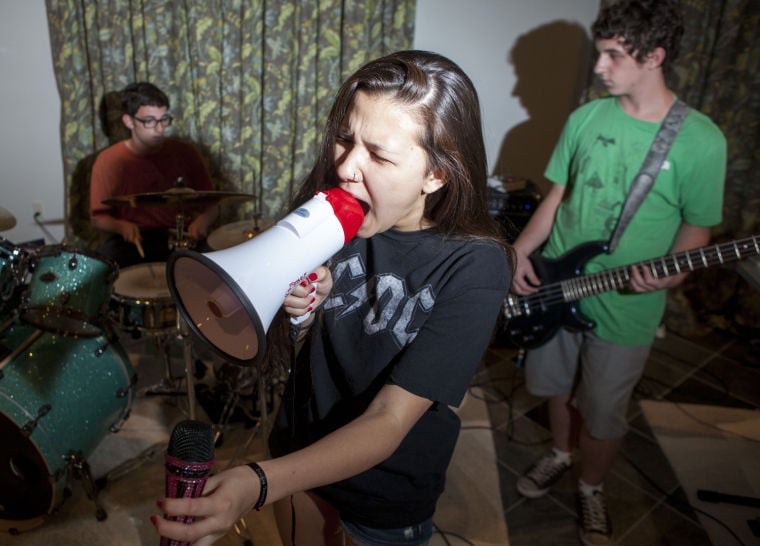 Jaz Robertson of the band People Who Could Fly sings with Josh Paige, on drums, and Jacob Paige, on bass, on Friday, Sept. 20, 2013. 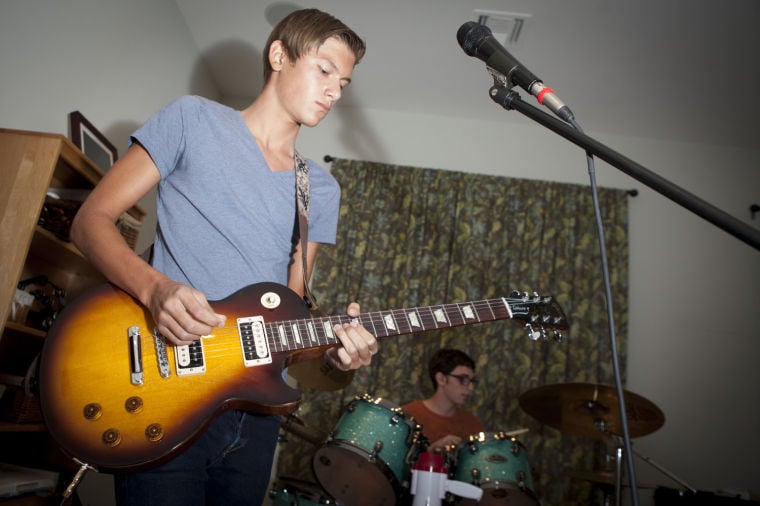 Fletcher Milloy of the band People Who Could Fly practices on Friday, Sept. 20, 2013. 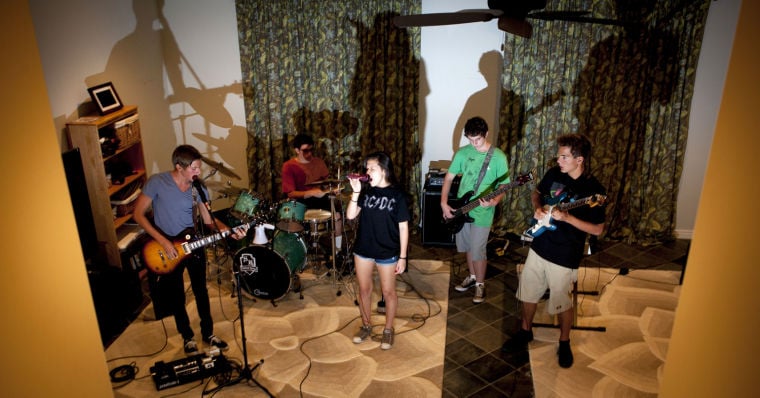 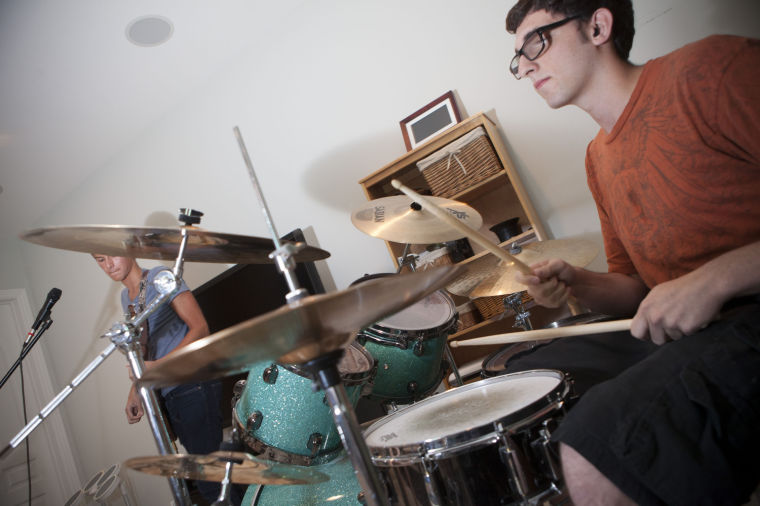 Drummer Josh Paige of the band People Who Could Fly practices on Friday, Sept. 20, 2013.

Jaz Robertson of the band People Who Could Fly sings with Josh Paige, on drums, and Jacob Paige, on bass, on Friday, Sept. 20, 2013.

Fletcher Milloy of the band People Who Could Fly practices on Friday, Sept. 20, 2013.

Drummer Josh Paige of the band People Who Could Fly practices on Friday, Sept. 20, 2013.

Five local teens believe their dedication and desire has given them something special to offer the music world.

People Who Could Fly has only been together for a few months but the group of five teens, ages 18 to 15, has several original songs written and has already performed live across the Valley.

“It’s all about dedication and a passion for it,” said rhythm guitarist Levi Siwek, 15. “You can’t hate it. We all love playing our individual instruments and combining it is just fun.”

Siwek said he got interested in playing music from listening to it. He always knew he wanted to play rock like the music his dad listened to. It’s the same story as well for other members of the group.

“My dad influenced me a lot,” said Jaz Robertson, 15, lead singer for the group. “My dad played rock music from when I was an infant. He really introduced me to a lot of good stuff… I want to influence people the way music has influenced me.”

Jacob Paige, 16, and Josh Paige, 18, have both been interested in playing instruments for years. For them it was all about finding the right fit. Jacob plays bass and keyboard for the band while Josh has found drums to be his specialty.

The teens have each been members of other bands before. People Who Could Fly formed when the Paige brothers merged their band with that of Siwek and lead guitarist Fletcher Milloy, 16. Robertson completed the group.

Though the teens are young, they have high hopes for the band.

“I want to be the band that I hear on the radio,” Milloy said. “It’s about giving back to the music industry what it has given to us… We know there are a lot of talented musicians out there our age, but it comes down to dedication. I don’t want people to take the fact that we’re a teen band as a sign that we’re mediocre. We’re not. We’re dedicated and we’re pretty good.”

The group already has several gigs lined up in the next few months. On Oct. 10 they’ll play at Speakeasy Saloon and Grill, 7450 W. Chandler Blvd., beginning at 7 p.m. On Nov. 1 the band will perform a free concert at Cornerstone Church in Chandler, 1595 S. Alma School Road, beginning at 7 p.m.

For more information on the group, visit http://reverbnation.com/artist/PeopleWhoCouldFly or facebook.com/pages/people-who-could-fly/546976955334384.

Sun-kissed harmonies, funk-flecked guitar lines and — whisper it — a saxophone workout all m…