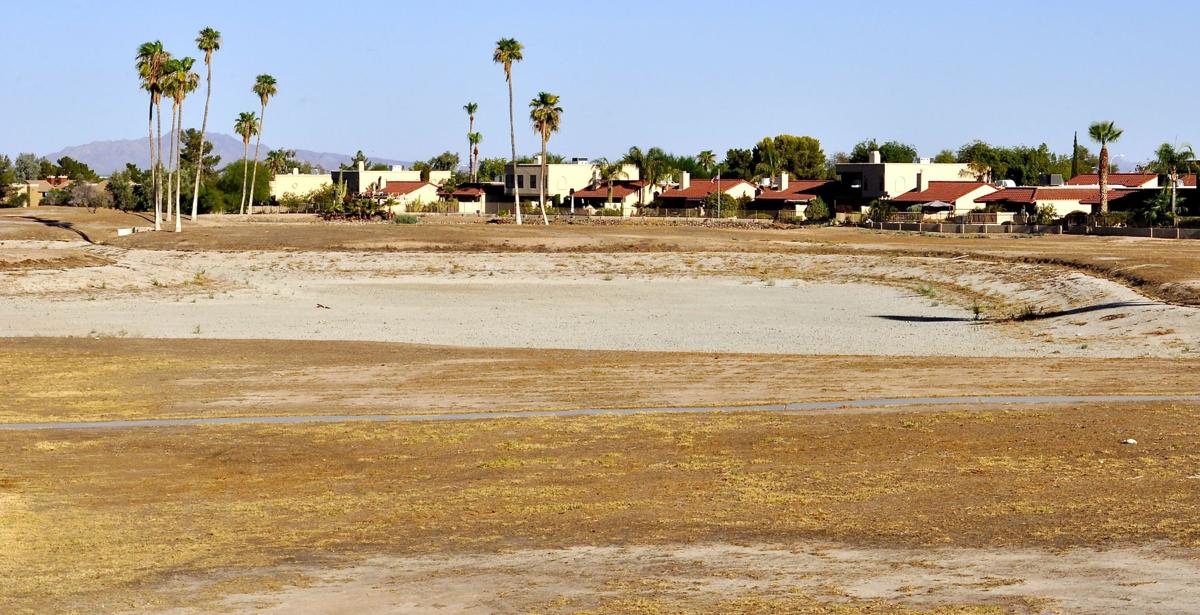 A judge ruled Monday that deed restrictions enacted two decades ago require the operation of a golf course at the former Ahwatukee Lakes layout, today a controversial moonscape where greens and fairways perished long ago.

The ruling came in a lawsuit filed by two Ahwatukee Lakes residents who want the new owner to restore the golf course, which was closed in 2013 by a previous owner of the property.

Maricopa County Superior Court Judge John Hannah's order reads in part, “The court finds the intention of the 1992 Declaration of Covenants, Restrictions and Easements was that a golf course would be operated on the subject property.''

While the ruling represents an important step, said Timothy H. Barnes, attorney for plaintiffs Linda Swain and Eileen Breslin, much work lies ahead, including a trial on a request for an injunction.

“It was an interesting fight, and it's not done yet,'' Barnes added. “The point of the order was to get a ruling on the fundamental interpretation of the CC and Rs. The next step is for an injunction.''

Barnes said the suit's ultimate goal is to force the property owners to restore the golf course and to operate it.

But Dave Sabow, managing director for Arizona of the True Life Companies, said the ruling is “very vague in my mind'' because it does not define the type of course that must be operated on the property, on 44th Street south of Warner Road.

Golf courses range from championship 18-hole layouts, such as Club West in Ahwatukee, to shorter executive courses and even pitch and putt courses.

Before the ruling, Sabow said last week that restoring the course would be very expensive and would not be a good investment because of a decline in demand.

“I would say golf courses are going away more than they are coming on line,'' Sabow said.

He said Ahwatukee Lakes Golf Course was closed in May 2013, long before True Life Companies bought the property in 2015.

Buying the closed course was a calculated risk because of the deed restrictions, Sabow added.

“It was not an operating golf course. Typically, we are not golf course developers. It would be incredibly expensive to restore'' the course, Sabow said.

Sabow stopped short of revealing his plans for the property, but he said True Life Companies has tried to be a good neighbor. He cited the company's upkeep of the property, trimming trees and removing weeds. He said the company also demolished the clubhouse after a suspicious fire in February and paid for a private investigation.

“Our goal is to do something consistent with Ahwatukee'' and to provide an amenity to the community.

Chris Baniszewski, attorney for TTLC Ahwatukee Lakes Investors, said he could not comment on the ruling itself. He said the ruling interprets the deed restrictions, and he is waiting to see if the judge issues an injunction that would specify what must happen next on the property.

“There is an appeals process,'' Baniszewski said. “That is a potential (option) for sure.''

“This is great news for the homeowners who have been victimized by the bad behavior of these developers. Many senior residents, who should be enjoying their latter years, are instead dealing with a natural disaster in their back yards. They deserve better,'' he said in a statement.

“Unfortunately, these big companies would rather spend money hiring lawyers and PR firms instead of doing the right thing. True Life Companies should step up and do the right thing. Stop wasting money on silly court cases and help restore the dignity our senior homeowners deserve.''

But Barnes wrote in court documents that Hannah's comments in court looked at the entire circumstances in determining the intent of the deed restrictions, not just one requirement.

“You put all these things in context, and the interpretation that makes sense to this court, and what the court finds was intended by this language, is that the property owner would operate a golf course on the property,'' Barnes quoted Hannah as saying in court, based on a hearing transcript.