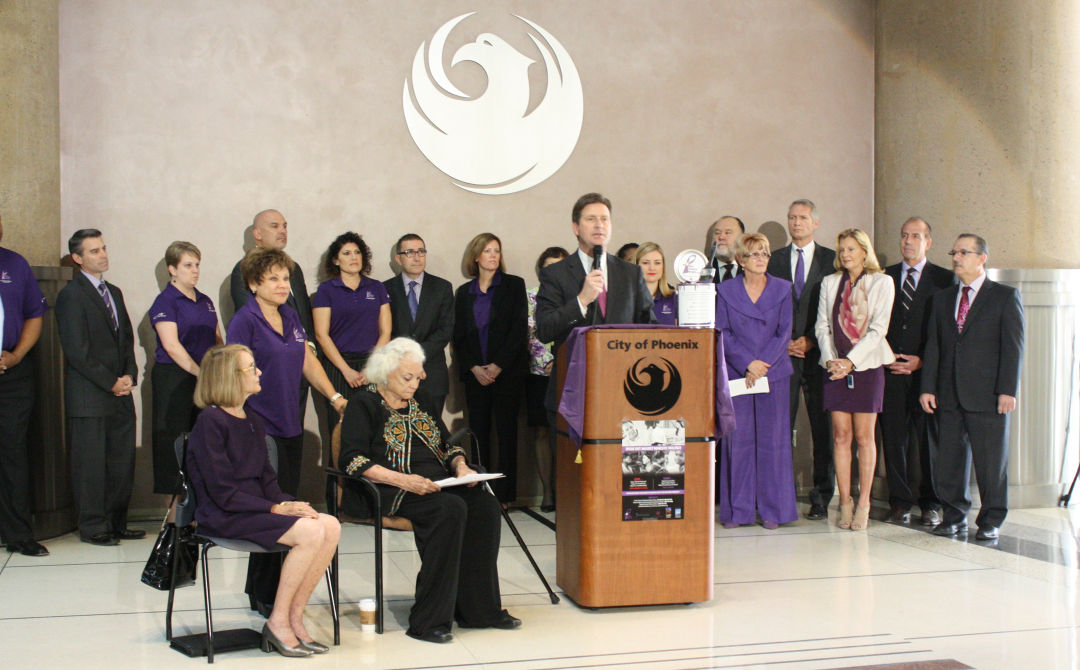 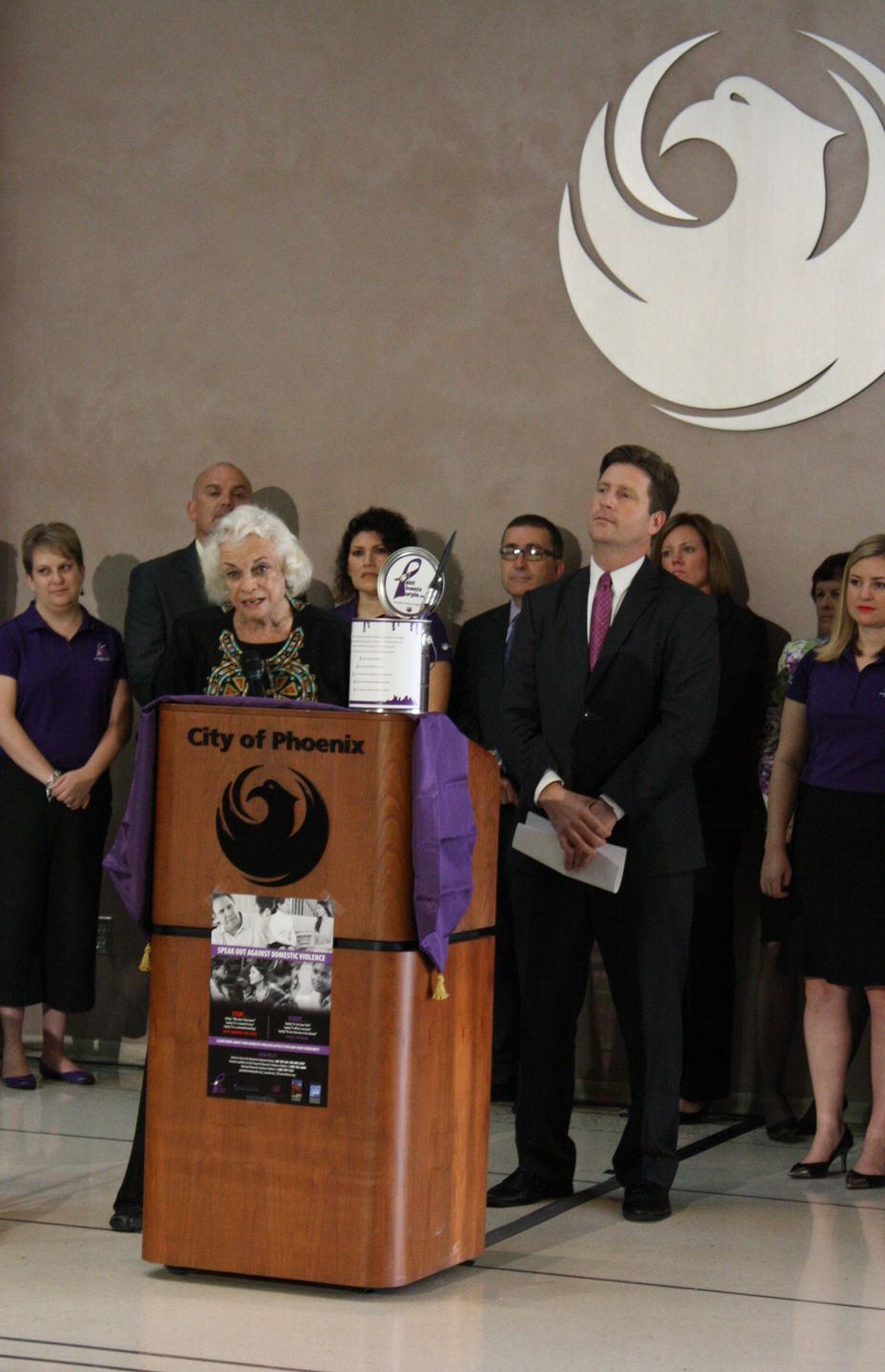 Sandra Day O'Connor speaks at the kick off for the Paint Phoenix Purple Campaign Thursday, Oct. 2.

Sandra Day O'Connor speaks at the kick off for the Paint Phoenix Purple Campaign Thursday, Oct. 2.

The city of Phoenix has officially kicked off the Paint Phoenix Purple Campaign to fight against domestic violence during the month of October.

Phoenix is two years into a five-year plan to end domestic violence in the city of Phoenix. Working with a coalition of local leaders, the city has been making great strides in efforts to better protect victims and raise awareness. October is National Domestic Violence Awareness Month and the city is once again celebrating by painting Phoenix purple.

“Displaying purple is a reminder that the people in our city are committed to being a national leader in ending domestic violence,” said Mayor Greg Stanton.

Stanton was joined Oct. 2 by community leaders, several members of the City Council and former Supreme Court Justice Sandra Day O’Connor to kick off the campaign.

“It’s wonderful that the city of Phoenix has taken such an important role and participated so effectively in this effort to stop domestic violence,” O’Connor said. “The effort that this city is putting into the project, trying to reduce the incidences of domestic violence is very important to this city, to the state and indeed the rest of the nation. If you can be successful here, in reducing the percentages and numbers, you will assist very much in encouraging other communities all across the country to do the same. So thank you. … Don’t stop. That’s a court order.”

O’Connor said domestic violence effects all areas of a victim’s life. That’s why this year the city is targeting businesses and encouraging them to get involved.

“If you stop and think about one in 10 men and one in four women will be impacted, that’s a lot of downtime, they’re not concentrating on their work, missing days of work and driving insurance costs up,” said City Councilwoman Thelda Williams. “There’s a reason for businesses to get involved, not just because it’s a great cause.”

The city is prepared to share brochures, training videos and other resources with businesses interested in getting involved.

For more information about the Paint Phoenix Purple campaign, visit paintphoenixpurple.org. If you or someone you know is in need of victim services, call the city’s Family Advocacy Center at (602) 534-2120 or the National Domestic Violence Hotline at (800) 799-7233.

Thinking about putting your property on the market? In today’s real estate market, buyers ar…

Title Boxing Club in Ahwatukee will host a fundraiser throughout the month of October to raise awareness toward domestic violence.