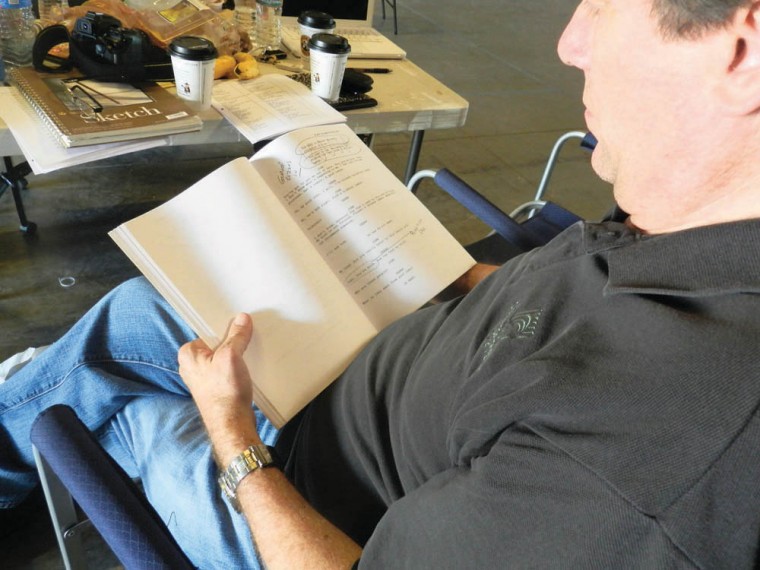 Charles Hinckley, local playwright, flips through the original play he wrote as the cast maps out a scene. 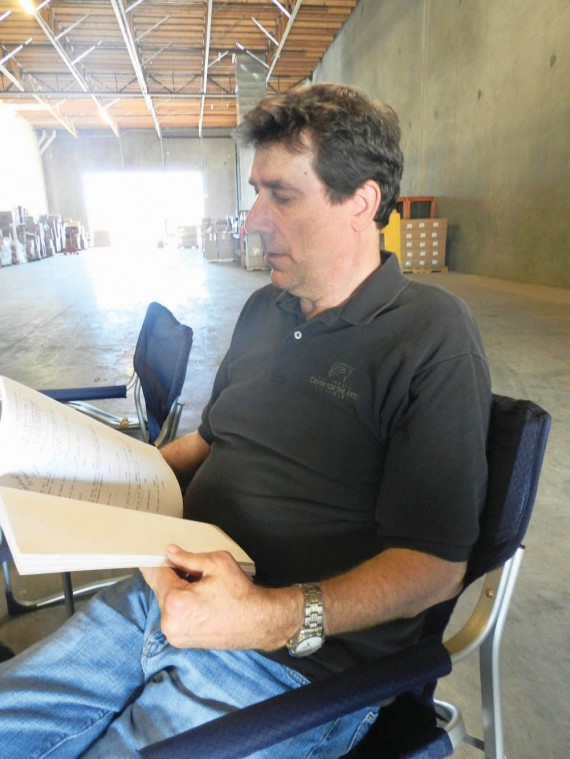 Charles Hinckley looks on as the cast maps out a scene for his upcoming play The Man in the Black Pajamas. 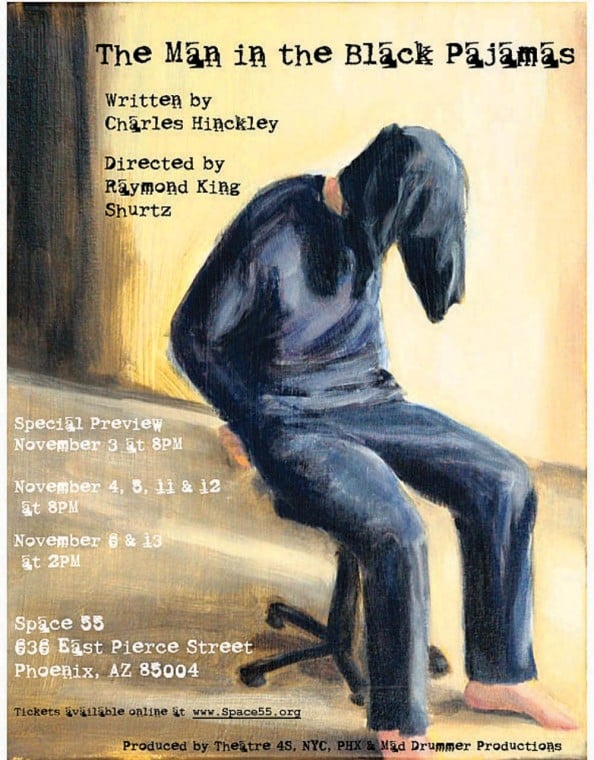 Cover art for Charles Hinckley's original play "The Man in the Black Pajamas."

Charles Hinckley, local playwright, flips through the original play he wrote as the cast maps out a scene.

Charles Hinckley looks on as the cast maps out a scene for his upcoming play The Man in the Black Pajamas.

Cover art for Charles Hinckley's original play "The Man in the Black Pajamas."

Charles Hinckley, an artist, playwright and Ahwatukee Foothills resident, is introducing himself to the Phoenix scene on Thursday with his new original play, "The Man in the Black Pajamas."

Hinckley, who got his start as an actor in New York City in the 1980s, realized there was a benefit to becoming a playwright, especially among the competition.

"The competition in New York is intense," Hinckley said. "I realized early on that it might be advantageous to write your own stuff."

Hinckley has written numerous plays in his career and has had a handful produced. Hinckley's last short play, produced by local director Raymond King Shurtz, "You Want Chili Cheese Fries With That?," was produced as part of the collective, Collateral Damage, and won the Best Experimental Theatre award in 2005 from the Phoenix Tribune.

Hinckley's latest venture, "The Man in the Black Pajamas," was also produced by director Raymond King Shurtz, a local Valley playwright and producer for more than 25 years.

"The Man in the Black Pajamas" is a story about John Collins, a mild-mannered biochemical engineer who is accused of a horrendous crime; and in this acquisition we see him begin to question his work, family and his decisions that have ultimately brought him to this disaster.

"It is a very personal journey that he goes on, that we get to experience," Hinckley said. "We get to know his character through his metamorphosis."

Although the audience never quite figures out what this disaster is, they get to experience a cutting and often humorous cat-and-mouse game of truth, lies and distortion. Hinckley categorized this play as a psychological drama.

Not only will there be an original play from Hinckley out this November, but Space 55 will also act as a gallery for some of his oil paintings.

"I love creating," he said. "Creating is the most interesting and exciting thing someone can do."

Hinckley specializes in realist art, including portraits, still life's and landscapes. Hinckley is planning on doing a portrait of all the actors in his play for opening night along with other pieces; some will even be for sale.

"This is the first time here in Phoenix that I will be promoting myself as an artist and playwright, and I am excited to do so," he said.

Tickets for the play are $15, and can be purchased online through the Space 55 website, Space55.org.

• Haley Buntrock is interning this semester for the Ahwatukee Foothills News. She is a sophomore at Arizona State University.

On Saturday, Transitions for the Developmentally Disabled, will be hosting a fashion and tal…

The Amazing Acro-Cats to perform in Phoenix, starting Sunday

For the next two weekends, Phoenix welcomes The Amazing Acro-Cats, one of the United States' most unique cat shows.

Serious chili chefs from California, Nevada, Colorado, and beyond will be cooking up some competition in Ahwatukee March 10-11, and the Ahwatu…