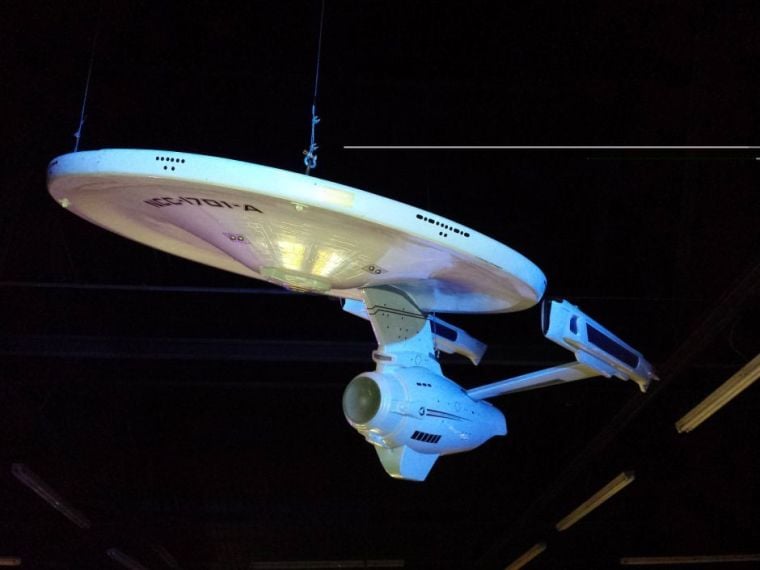 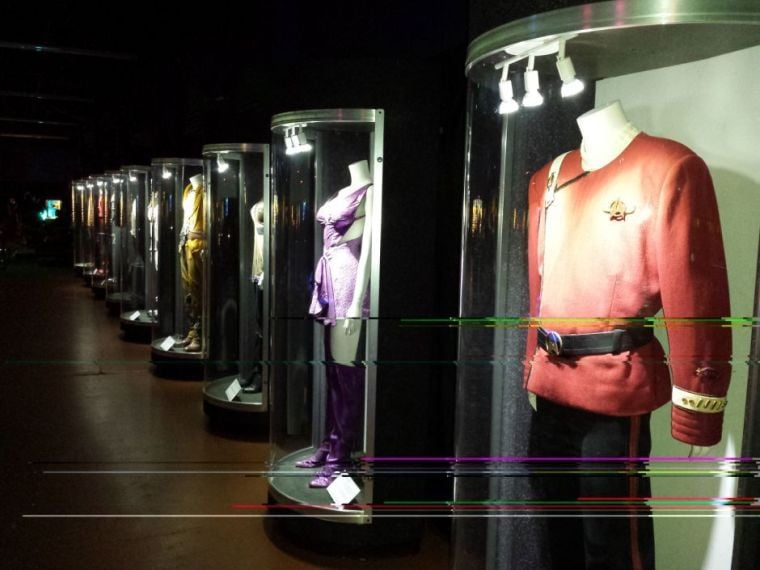 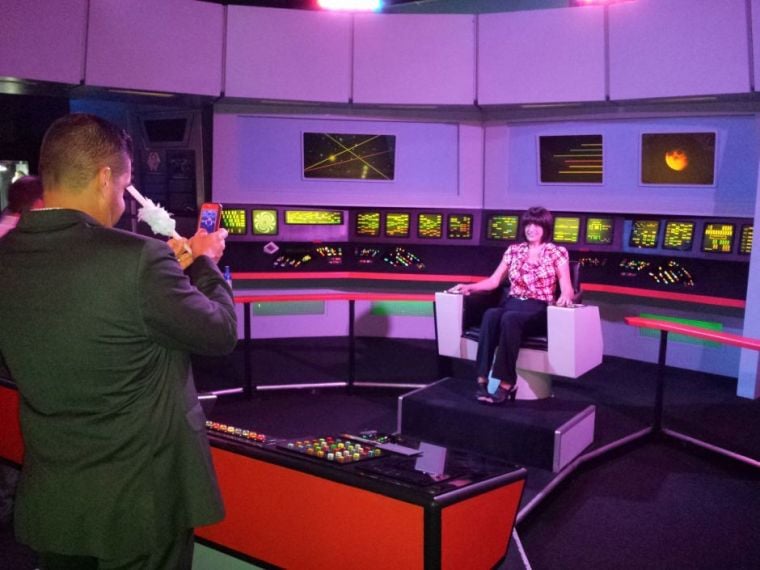 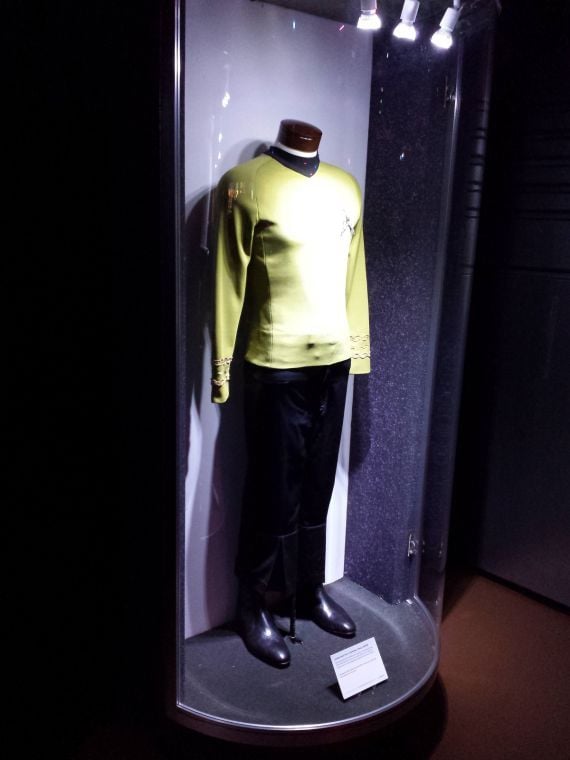 We all know that the Star Trek mission is “to explore strange new worlds” and “seek out new life and new civilizations,” so it’s only logical that the Starship Enterprise would eventually end up at the Arizona State Fair. Nestled amongst the “Bacon A-Fair” food stands and “Tilt-A-Whirl” thrill rides, “Star Trek: The Exhibition” has landed.

Arizona Trekkies (and the more politically correct “Trekkers”) are going to be thrilled with the hundreds of authentic Star Trek props, costumes, models, sets, timeline displays and photo opportunities that make up this museum-style exhibit. Fans even have the opportunity to sit in one of the most revered seats of all time, James T. Kirk’s Captain’s chair.

The Star Trek Exhibition will have the most casual fan marveling at the meticulous artistry of the props and clothing designs that are on display — or you can go “full-geek” and have a blast reading the detailed descriptions of each item, which include the show or film the piece was used in and where that artifact’s stardate falls in the Star Trek continuity.

Among the interesting finds at the exhibit is the Starship Enterprise’s bridge set from the original television series, where you can walk next to the control panels and have a photo-op in the captain’s chair. There is also the Deck-12 Sickbay set from “Star Trek: The Next Generation,” complete with the diagnostic medical tools and beds used by Commander Beverly Crusher, M.D.

If you are into science-fiction weaponry, you’ll be “stunned” by the famous Star Trek Phasers on display as well as multiple other handheld weapons from across various galaxies — including a full scale, Romulan designed Scorpion-Class Fighter.

The exhibition spans the entire range of Star Trek’s pop culture existence, including all of its films and television series, and there is a huge collection of costumes that cover that entire timeline — from Captain Kirk’s many duty uniforms, to Ricardo Montalban’s Khan costume and accessories, to intimidating Klingon warrior garb — all showcased within fun, sci-fi style display pods.

For an old-school thrill, you can ride a Star Trek spaceflight motion simulator, where you go up against a Borg attack and get bounced around inside a shuttlecraft that displays animated computer graphics — which appear to have been created around stardate 1995. Nevertheless, it’s a fun mission that’s sure to put a smile on your face. Resistance is futile.

What: “Star Trek: The Exhibition”

When: Open during fair hours through Sunday, Nov. 3. Closed Mondays and Tuesdays.

Where: At the southwestern corner of the Arizona State Fairgrounds, 1826 W. McDowell Road, Phoenix

Cost: Admission is an additional $5 over your separate fair ticket; children 5 and younger get in free with a paid adult admission. There is a fee to take a photo in the captain’s chair.

What: “Star Trek: The Exhibition”

When: Open during fair hours through Sunday, Nov. 3. Closed Mondays and Tuesdays.

Where: At the southwestern corner of the Arizona State Fairgrounds, 1826 W. McDowell Road, Phoenix

Cost: Admission is an additional $5 over your separate fair ticket; children 5 and younger get in free with a paid adult admission. There is a fee to take a photo in the captain’s chair.

Ahwatukee Foothills resident Adele Verkamp may not look serious and calculating from the outside, but her years of experience playing bridge m…