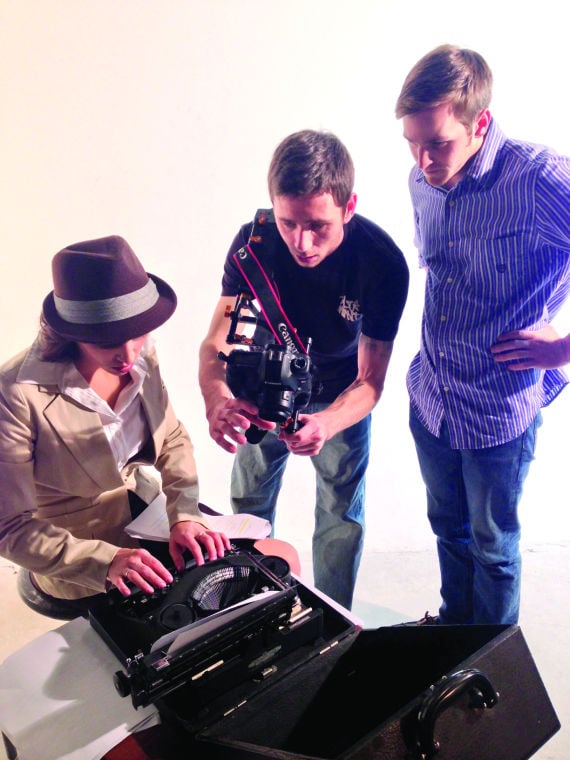 From left to right, Jessalyn Carpino, Derek Ellis and Alex Thomas work on their short film, “Retrograde,” which was featured in the Sedona Film Festival this past February. 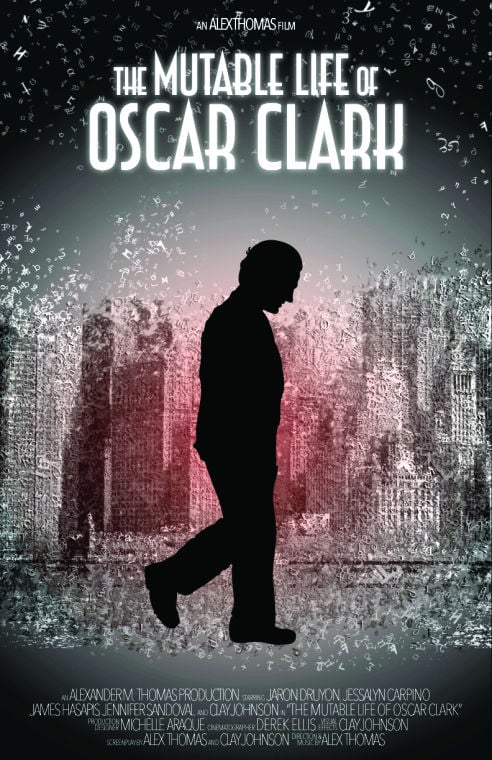 From left to right, Jessalyn Carpino, Derek Ellis and Alex Thomas work on their short film, “Retrograde,” which was featured in the Sedona Film Festival this past February.

It’s amazing how 73 hours of non-stop working in the end can be both satisfying and rewarding.

Ahwatukee Foothills native Alex Thomas, 23, knows this feeling all too well after having one of his short films win awards at Northern Arizona University (NAU), and be featured at the Sedona Film Festival in February.

As an NAU graduate, Thomas originally started his path to film making by studying music education at Chandler-Gilbert Community College.

He later had larger ambitions by auditioning for the music program at NAU, but was unable to get in.

While attending NAU he began writing music for student films, which led to him being approached by a professor to attend the film program.

Within one semester in the program, Thomas found his calling.

He originally went into the film program with the intention of networking with other filmmakers, and in the end graduated as one of the top filmmakers of the program.

While attending NAU, Thomas participated in NAU’s annual 73-Hour Film Festival on campus, where aspiring filmmakers are given only 73 hours to write, film and edit their short feature for a chance to be screened at the Sedona Film Festival.

For the 73-Hour Film Festival, students were allowed only four members to a crew, excluding their cast, to work on the short feature, in which they’re given a theme and a line that had to be used in the piece.

“We just kind of brainstormed some ideas before we got our theme, and fortunately the theme they gave us fit perfectly well with one of our ideas, which was decisions,” Thomas said. “We just wanted to tell a story that moved forward and backwards, and that’s what we came up with.”

With time not on their side, Thomas and his team banded together to come up with a short feature they all could be proud of, titled “Retrograde.”

The weekend span of getting “Retrograde” completed wasn’t as nerve-racking than was to be expected for Thomas and his group, but more stressful in order to get their work completed.

“I don’t think we did anything except for eat, barely sleep, and work on that film during that weekend,” Thomas jokingly said.

The basis of “Retrograde,” running about four minutes in length, is the story of a young woman who is pregnant trying to deal with the pressures that come with bearing a child at such a young age.

Without telling her fiancé about her pregnancy, the young woman tries to escape her dilemma by running away.

“What’s interesting about ‘Retrograde’ is that part of the story is told in reverse, and part of it is told in forward-moving action with the two points meeting up in the end,” Thomas said.

The film received high praises when featured at the competition winning the Audience Choice Award, allowing the short film to be featured in February’s Sedona Film Festival.

It was a surreal feeling for Thomas to have “Retrograde” screened at the Sedona Film Festival because up to that point he never had a large audience view his work.

In Sedona there were about 50 to 60 audience members during the screening of “Retrograde,” which was right before an Academy Award-winning film.

“We were screened right before a film called ‘Chasing Ice,’ which was an Oscar award-winning film this year, which was a cool experience,” Thomas said.

Thomas has also worked on other projects such as his short feature, “The Mutable Life of Oscar Clark” and another project that he’s currently working on with friends from his alma mater.

His plans are to keep submitting his works to other film festivals to get it shown off to people in the movie industry.

“It feels pretty good to be able to work hard on something and to see the pay-off in that kind of medium,” Thomas said.

‘The Way, Way Back’ is relatable film full of characters we’ve all encountered in real life

In a cluster of big-budget extravaganzas about superheroes, zombies, robots, monsters, and t…

After the first trailer premiered several months ago, “Pacific Rim” quickly became one of th…

The Cannes Film Festival in France will be getting a taste of the Valley next month.

Editor’s note: Follows is a one-on-one interview with Joshua Sasse, of the movie “The Big an…

Arizona Commission on the Arts announces $1M in grants

The Arizona Commission on the Arts announced it’ll be distributing more that $1 million in grants to nonprofit art organizations, local art ag…

Quinn Cooney of Mill Creek, Wash., is excited about starting high school in September, but she’s not looking forward to waking up at 5:30 a.m.…

Emily Oster isn’t a baby doctor. She’s an economist and a mom who wanted to know more about all those rules handed down to women after the pre…